A phenomenon or ‘fool’s gold’? 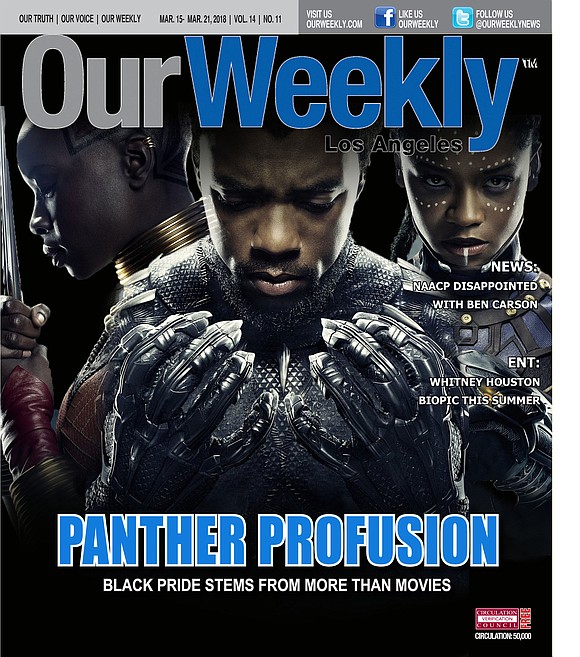 Like hungry mice flocking to a cube of cheese, African American moviegoers across the nation will converge for a forth consecutive weekend to watch “Black Panther” – Marvel’s cultural juggernaut of a film.

This didactic superhero tale has triggered a continuous wave of verve and pride among the urban community, which underscores the power of a well-worked storyline (and an effective marketing strategy).

As the largest consumers of goods and services in the country, Blacks are ideal targets for any company equipped with a robust advertising budget.

With that in mind, Marvel’s release of a film based in Africa during Black History Month was neither a coincidence or a sincere gesture. Frankly, they wanted a share of the $1.2 trillion that African Americans spend every year on fashion, technology, and entertainment.

Black buying power is projected to reach $1.4 trillion by 2020, according to a report from the University of Georgia’s Selig Center for Economic Growth.This trend will continue as the country becomes more diverse, driven in part by growth in immigration from the Caribbean and Africa. As a result, it’s a key time for companies to “build and sustain deeper, more meaningful connections” with Black consumers, according to a recent Nielsen Report.

In other words, for the next several years, White CEOs will do whatever they can to make Black people feel special - and at the same time secure a hefty profit. Therefore, Marvel worked tirelessly in 2016 to convince minorities that Black Panther would be “culturally significant”. Many believe it was more of a ploy to ensure maximal gain at the box office.

In North America, it debuted to $242 million, coming in second only to “Star Wars: The Force Awakens.” To date, the film has taken in more than $1 billion worldwide.

A breakdown of Black Panther’s viewership reveals that 37 percent of ticket buyers were African-American, Whites made up 35 percent, and Hispanics were 18 percent of the ticket-buying population over the film’s opening weekend.

These numbers are a far cry from the 15 percent of an audience that African-American viewers typically occupy for superhero films. Similarly, women were 45 percent of ticket buyers, up 10 percent for a normal movie opening. In other words, Marvel’s lining their pockets with tons of black dollars.

By the end of its second night, Black Panther had already become the highest-grossing title in history at 33 AMC theaters across the country, according to the Hollywood Reporter

Put another way, Black Panther earned more at those cinemas on Thursday evening and Friday — along with advance ticket sales for other times during the weekend — than any other movie has in an entire weekend.

By the end of Saturday, the number of theaters setting revenue records climbed to 80 locations, more than 10 percent of the entire circuit.

AMC didn’t provide a list of the theaters, nor a precise dollar amount for those cinemas, but noted that there were a record 83 showings on Friday at the AMC Southlake 24 near Atlanta.