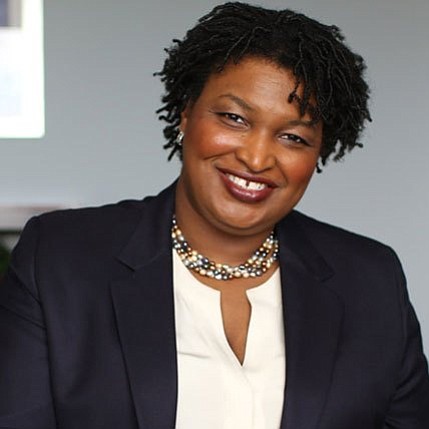 A sign of the times… Georgia citizens may have its first Black governor. That’s according to a report in Essence magazine that says a lot of money is being poured into the campaign of Stacey Abrams, a Black woman running for governor of the traditionally red state. A former state legislator, Abrams is reportedly receiving millions of dollars from supporters who want to see her in the office traditionally held by white Republicans. If elected, Abrams would not only become the state’s first Black governor, she would also become the country’s first Black female governor. USA Today reported this week that one group of Democratic donors led by Susan Sandle has raised more than $2.5 million for Abrams’ campaign. Wrote Essence, “Although their party has not held the governor's mansion in solidly Republican Georgia in more than 15 years, Democrats are emboldened by recent victories in Virginia's governor's race and in deep-red Alabama, where Doug Jones became the first Democrat elected to the Senate from the state in 25 years,” USA Today reports. Abrams’ biggest opponent is Stacey Evans, also a former state representative. On the Republican side of the ballot are five Republicans, including the state’s Lt. Governonr, Casey Cagle. The primary, which will determine which Democrat and which Republican will face each other in November, takes place on May 22.