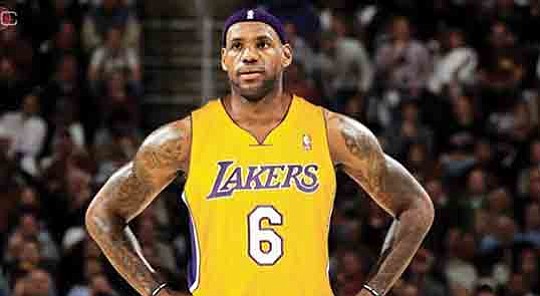 That rule does not apply to fans, however, and with James coming to town this weekend, personal injury attorney Jacob Emrani has put up four billboards going up around Los Angeles, all entreating the three-time NBA champion to choose the City of Angels as his next NBA home.

A photo showing one such billboard on Westwood Boulevard, featuring the hashtag #LABron, was posted on Twitter earlier this week.

The Cavaliers will be in Los Angeles for games tonight against the Clippers and Sunday against the Lakers.

James was the subject of an intense bidding war in the summer of 2010, ultimately choosing to sign with the Miami Heat. Four years later he returned to his original NBA home in Cleveland, but he’ll be a free agent once again after the NBA season ends in June.

Two weeks ago, a Philadelphia company had three billboards installed in downtown Cleveland, just minutes from Quicken Loans Arena, indicating the city’s desire to have James join the 76ers.