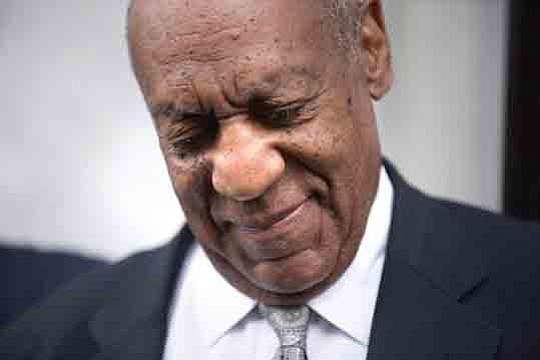 The embattled comedian is set to ask Judge Steven O’Neill permission to unseal his decades-old civil settlement and payout to accuser Andrea Constand.

O’Neill is expected to rule on that and other pertinent matters during two days of hearings scheduled for Monday, March 5 and Tuesday, March 6 in the Montgomery County Courthouse.

Jury selection is scheduled to begin Thursday, March 29 while the trial is on the calendar for Monday, April 2.

“[Cosby] submits that evidence of the civil settlement and of the underlying civil litigation with Constand may be admissible,” Cosby’s lawyers wrote in court filings ahead of the hearings. “Among other things, admissibility is warranted for impeachment of Constand, in showing her financial motive to lie about the allegations she made against Cosby, or for any other purpose…including as may be warranted by the testimony of Constand or otherwise.”

O’Neill declared a mistrial last summer in the original trial after jurors failed to reach a unanimous verdict. During that trial, the sealed civil settlement between Cosby and Constand was kept from jurors.

Constand claimed during a January 2004 visit to Cosby’s Philadelphia area home, that he drugged and sexually assaulted her. She testified that she went to the TV star’s home for advice.

When she told Cosby she had trouble sleeping and had a big decision to make, the comedian offered her what he described as a Benadryl tablet.

“These are what I use to help me to relax,” he told Constand, according to a deposition read in court.

Constand claimed the pills may have been Quaaludes and caused her to pass out.

She claimed Cosby forcibly groped her and, the next morning, he made her tea and gave her a muffin before seeing her out the door.

While Cosby has admitted to having an extra-marital affair with Constand, he has maintained that he never gave her Quaaludes and he never assaulted her.

Allowing the civil settlement, which was reached in 2006 after then District Attorney Bruce Castor told Constand that there wasn’t evidence to proceed with a criminal case, promises to provide even more insight into Cosby’s relationship with Constand, a former Temple University employee.

It also offers a stark contrast to Cosby’s strategy, a year ago, when his defense successfully argued that jurors should not hear about the civil suit or the settlement, because “the value of the information is outweighed by the danger of unfair prejudice.”