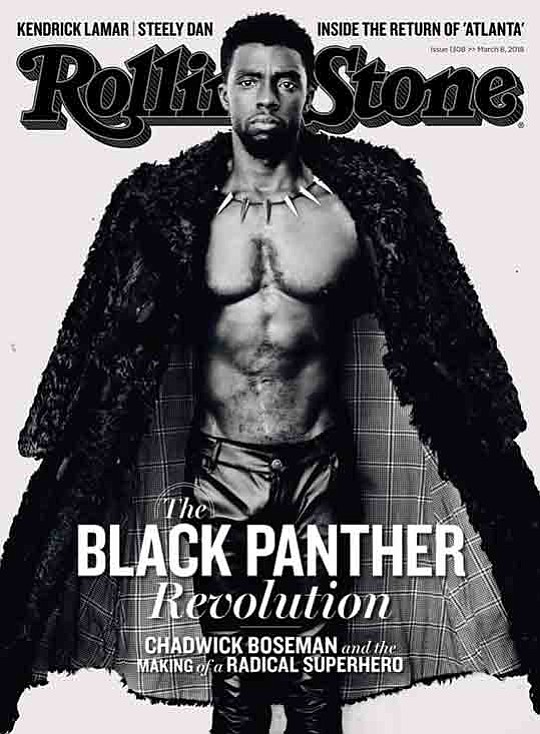 The movie “Black Panther” has not only lived up to its hype, it’s breaking box office records for the groundbreaking film, which features a predominantly Black cast and Black director. In a striking cover for popular magazine Rolling Stone, star Chadwick Boseman, a native of a small town in South Carolina, reveals his connection to Oscar-winning actor Denzel Washington. When Boseman was attending Howard University, he took a class that often featured actress Phylicia Rashad. During her tenure she encouraged Boseman and several other students to attend an acting course in London, but Boseman and some of the others couldn’t afford it. So Rashad called on some of her friends to sponsor some of the students. Boseman got to go and when he got back, he got a letter indicating his sponsor had been Denzel Washington. He sent a thank you note and about 20 years went by before he actually met Washington, ironically, at the New York City premiere of “Black Panther.” Boseman said he never revealed it was Washington because he didn’t want the revered actor to think he wanted something from him. As with Washington, Boseman says chooses his roles carefully and is always aware of how his roles reflect African Americans.