’No connection to Black community’ 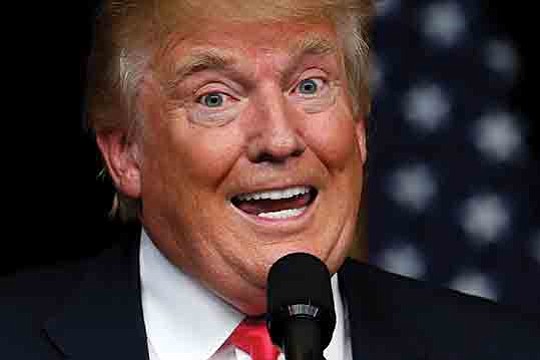 President Donald Trump seems to being making a concerted effort to go after the African-American vote. After being lobbied by reality star Kim Kardashian, he pardoned Anne Marie Johnson, who was doing a life term on federal drug charges. He also pardoned the boxing legend Jack Johnson, who was convicted on trumped up charges for dating White women.

Trump has also bragged about lowering the Black unemployment rate, which is at six percent.

But are black voters buying the outreach? Bobbie Jean Anderson, vice-chair of the Los Angeles Democratic Party, said no.  She said most of the Black voters she talked to saw these efforts as props to get Trump reelected.

“He has no serious connection to the Black community,” she said. “We are not going to fall for him pardoning anyone.”

According to Anderson, Black voters are pretty sophisticated and can see through Trump’s PR efforts. She pointed out that Johnson has been dead for a long time and added that Trump’s cabinet lacked diversity.

She also said that for all Trump’s outreach, he was still doing things that infuriated many Black voters. She pointed to Trump’s ongoing battle with NFL players over their decision to protest police violence by kneeling.

“He calls them sons of bitches,” said Anderson.

And while the economy has began to turn around, Anderson says that is not all down to Trump.

President Barack Obama inherited a sinking economy from President George W. Bush, and managed to turn it around in eight years. Trump came in when the economy was on the uptick.

“Trump is benefiting from what Obama did,” said Anderson. “I personally don’t see people giving him a lot of credit.”

Pat Sanders, a community activist and a member of the Los Angeles Democratic Party central committee, has not been impressed with Trump’s pardons either.

“What’s the point of him pardoning Jack Johnson?” she said. (Trump also offered to pardon the late Muhammad Ali, even though he had been already pardoned by the Supreme Court.)

She also said that Trump’s claim to have lowered the Black unemployment rate was just him jumping on the bandwagon of Obama’s work to turn the economy around.

“That was already going down,” she said. Sanders added Trump failed to save the jobs of workers at the Carrier plant in Indiana and coal miners, which he promised to do in his campaign.

“His presidency has been awful, he’s tearing down the reputation of the United States,” she said.

Baltimore college professor Jonathan Farley said Trump’s attempt to win over the Black community was an impossible task. He claimed that black voters had been “brainwashed into hating Trump.”

Farley, an independent who did not cast a vote in the 2016 presidential election, said that he was opposed to the idea of paroling people convicted of drug crimes.

Farley said he thought Trump was doing well on the economic front.

“The economy is doing extremely well and businesses have come back to to America,” he said.

However, he faulted Trump for his failure to condemn White supremacists who held a march in Charlottesville, Va. last year. Heather Heyer, a counter protester, was killed when a White supremacist deliberately struck her with his car.

“It was a moral mistake,” said Harley.