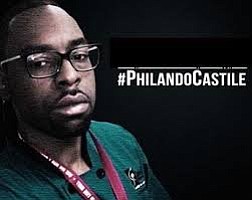 Once again the Midwestern state of Minnesota has one of its police forces under fire for killing a Black man. Recall a couple of years ago, when police pulled over motorist Philando Castille and shot him while the encounter was being recorded live on Facebook during the encounter. The latest happened over the weekend when Minneapolis police officers fatally shot a Black man multiple times. The area medical examiner has ruled the death of Thurman Bievins Jr., 31, as a homicide, reports the Associated Press. Bievins was shot Saturday (June 23) in an alley in north Minneapolis. State investigators say officers responded to at least one report of a man firing a handgun. Investigators say that as officers approached, Blevins ran away with a black and silver gun. Officers ran after him and shot him. But some people who say they saw the incident unfold said Blevins didn't have a gun. Authorities say the officers' body-worn cameras recorded the shooting. That video has not been released. On Sunday, hundred of people took to the streets to protest the shooting. This is a developing story.