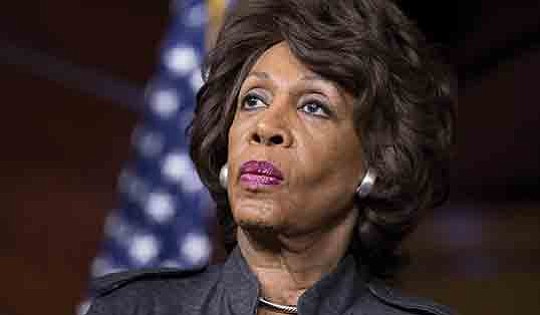 Rep. Maxine Waters (CA-43), Ranking Member of the House Financial Services Committee, issued the following statement in response to the announcement that the Trump Administration filed a legal brief in a Texas federal court that urges the court to strike down the Affordable Care Act’s provisions preventing insurance companies from denying insurance coverage or charging consumers more if they have pre-existing conditions:

“For more than a year, we have witnessed Donald Trump’s failed attempts to repeal the Affordable Care Act (Obamacare) and strip health coverage from millions of Americans. After suffering numerous embarrassing defeats in Congress, the president, in lockstep with Attorney General Jeff Sessions, has set his sights on sabotaging Obamacare through the judicial system. Their latest act of desperation entails a heartless argument that federal judges should eliminate parts of the law that protect approximately 52 million Americans from being denied coverage or charged higher premiums for their insurance merely because of a preexisting condition.

“For African Americans, who are disproportionately affected by cancer, heart disease, HIV, asthma, diabetes, obesity, and sickle cell disease, the impacts of Trump’s decision to strip such protections would be devastating. Prior to the passage of Obamacare, millions of men, women, and children from our communities lacked access to affordable healthcare and died from preventable illnesses. However, under the current law, insurance companies have been unable to refuse to cover consumers, raise the cost of insurance premiums because of a prior illness, place cruel lifetime limits on insurance coverage, or simply drop consumers if they become sick. The Trump Administration’s decision to urge the courts to strip such protections from the American people proves that Donald Trump, Jeff Sessions, and their conservative allies are more concerned with lining the pockets of insurance company executives than ensuring that working families are protected from being denied coverage because of preexisting conditions, which could include diseases like Alzheimer’s, diabetes, cancer, or even pregnancy.

“Obamacare is by no means a perfect law, and I have always been an advocate for reaching a bipartisan agreement that ensures every American has access to the quality and affordable health care they deserve. However, Donald Trump and his administration have proven that they are not only disinterested in expanding health coverage and protections for the American people, but that they are willing to take extreme measures to undermine Obamacare regardless of the devastating impact upon people of color, the poor, disabled Americans, children, veterans, seniors, and people with preexisting conditions.”