Did Questlove get 2 white men fired from ‘The Tonight Show?’ 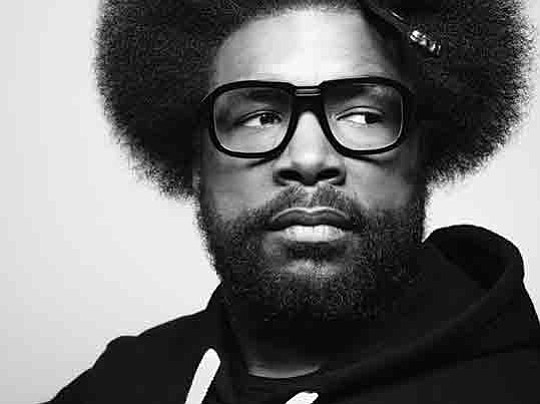 Two white former “The Tonight Show” cameramen have filed a lawsuit, claiming that bandleader Questlove got them fired. They have filed a $2 million lawsuit alleging that The Roots bandleader had them fired in part because they're white, reports AOL News. NBC terminated Kurt Decker and Michael Cimino in June 2017 after learning of a group text exchange that included use of the N-word. According to their attorney, Decker and Cimino received the text in question from another crewmember but did not respond. The text included “a piece of fried chicken with a bite out of it with a racial slur that inevitably depicts African Americans,” attorney Richard Roth told the New York Post. It was sent to Decker, Cimino and The Roots bassist Mark Kelley. Decker and Cimino allegedly did not respond to the message, which was sent in the middle of a show taping. It is not known whether the text was intended to be sent to all three men or if any other staffers were also involved in the group chat. It is also unknown who reported the text exchange to NBC higher-ups. Decker and Cimino, who are white, were fired the day after the text was sent. According to the lawsuit, Questlove personally saw to their dismissal. However, Kelley, who is African-American, was not fired. It is not known if any other crewmembers were fired in addition to Decker and Cimino. Decker and Cimino are now coming after NBC, which they say “acquiesced to Questlove’s overtly discriminatory demand.” NBC and Questlove have both responded to the lawsuit, with NBC citing “strong policies in place that protect against discrimination of any form.” The Roots have been Jimmy Fallon's house band since 2009.