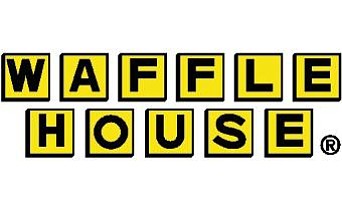 Starbucks shut down nationwide operations recently for a day to train its employees how to treat customers of all colors after an episode when two Black businessmen were harassed by staff and then police while they waited for another businessman to show up. Then it was L.A. Fitness, and most recently Target. These corporations have been embarrassed and had to make amends, financially and with their company policies, and people have been fired. Yet, ignorant employees still think they can call the police when they feel threatened by a customer of color over, most times, nothing but being Black. The latest comes out of Florida, where two Black customers were handcuffed after they got into a verbal dispute at a Waffle House over a $1.50 charged on their bill. According to ABC News, Waffle House is under fire again after some Fort Walton Beach employees called police on an African-American couple. Video of the incident quickly went viral on social media. The customers say they were charged $2.50 for a drink that was listed on the menu as a dollar. When they asked the employees to change it, they reportedly called police instead. When officers arrived, they told the couple to pay the bill “or you're gonna go to jail.” The couple protested, and requested that the confusion regarding the bill needs to be cleared up first. Officers then arrested the couple. The Fort Walton Beach Police Department released body camera footage of the incident following the viral video. They say that on May 2, officers responded to the Waffle House in reference to a disorderly incident between staff and a customer. They say their officers committed “no misconduct” but that the “situation could have been handled differently by both parties.” The video shows a Waffle House employee saying, “On the menu, it says if you purchase any beverage you get 9-ounce orange juice for a dollar. We tried multiple times to explain that to both him and his significant other but yet they kept yelling and arguing.” The couple reportedly got water, which they do not consider a beverage. The employee told officers that they wished to press charges for non-payment of the bill. However, the woman explains that it was a To-Go order and they were never given their food. The officers confirmed that the couple never got their food. Eventually, the couple was released. They also got a full refund. In a statement to CBS News, Waffle House said in part, “We have spoken to our employees in the restaurant and will be doing additional training for the team members of this restaurant on the proper way to handle situations like this.” The company's CEO also reportedly called the woman involved in the incident to apologize. In May, Waffle House faced similar backlash from customers after a video between a customer and the police went viral on social media when an officer choked a 22-year-old and slammed him to the wall following a disputed on prom night. Watch the video here.