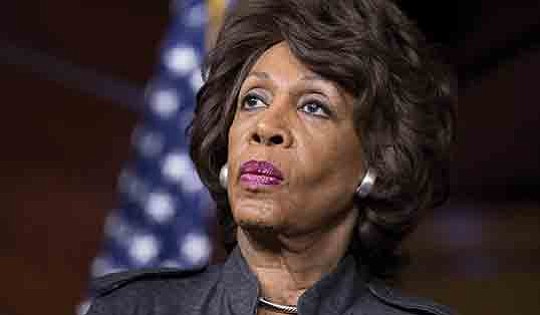 Despite programs from major corporations such as Google and recruitment efforts from colleges to draw minorities into high tech, companies are still severely lacking in the hiring of Black workers, says a report from Bloomberg.

When Maxine Waters, the Democratic representative from southern Los Angeles, toured Silicon Valley during the first week of May with fellow members of the Congressional Black Caucus, she was blunt about the technology industry's lack of progress hiring Black employees. Waters, standing at a lectern in front of a wall of windows at Lyft Inc.'s offices in San Francisco, said she was “floored” to learn that Black workers make up 1 or 2 percent of the workforce at several prominent tech companies.

“I’m not about diplomacy,’’ said Waters, threatening regulation. “I’m not urging, I’m not encouraging. I’m about to hit some people across the head with a hammer. I know how to do this and I know how to do it well.’’ Tech companies know that they have a race problem. But their efforts to address it have so far yielded little, says Nico Grant, a writer at Bloomberg. Facebook Inc. says that 3 percent of its U.S. workforce is Black, up from 2 percent in 2014, while Black workers in technical roles stagnated at 1 percent. Only 2 percent of Google's workers are Black, a figure that has remained static for the past three years.

The Alphabet Inc. unit's efforts to increase that have sparked an internal backlash, with one former employee suing because of perceived discrimination against white and male candidates. Among 8 of the largest U.S. tech companies, the portion of Black workers in technical jobs rose to 3.1 percent in 2017 from 2.5 percent in 2014, according to data compiled by Bloomberg News. The latest data from the U.S. government, released in 2016, reinforces the point: Blacks made up 7 percent of U.S. high-tech workforce, and just 3 percent of the total of the Silicon Valley workforce. Tech companies have had meager success increasing the share of Black technical workers.

The problem has stubbornly remained, even as the representation of other industry minorities — most notably women — has crept up. While there's a disproportionately high number of South and East Asians who work in the tech industry, they're the least likely to attain leadership roles, according to the Ascend Foundation, a group focused on diversity in tech. “It’s a very complex and comprehensive problem,’’ said Allison Scott, chief researcher at the Kapor Center for Social Impact, who has studied the issue. “Some tech companies have thought, if I can bite off a manageable thing — gender diversity — then I can get to race, and that’s a really problematic way to think about it.’’

The share of women in technical roles at prominent tech companies modestly rose from 2014. The numbers aren't just statistics to Black employees inside these companies — they're an unsettling fact affecting their everyday work. One Black employee at Facebook, who asked not to be identified because he's not authorized to speak publicly, said he was “very lonely” at the office.