Steph Curry and LeBron James agree on one thing: not wanting to visit White House 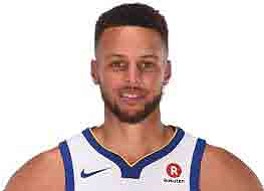 It’s tradition for national champion sports team to be treated to a visit with the current President at the White House. But this year’s Super Bowl winners won’t be making such a trip this year. Only 10 of the champion Philadelphia Eagles said they were go, so in an act of poor sportsmanship, President Donald Trump withdrew the invitation. Now the star players of two teams who are currently that are currently vying for the NBA championship have come out and said they don’t want to visit the White House either this year, reports the Huffington Post. That’s Steph Curry of the Golden State Warriors and LeBron James of the Cleveland Cavaliers. “I know whoever wins this series, no one wants an invite anyway,” James told reporters on Tuesday. “I agree with ’Bron,” Curry said at a separate news conference. “Pretty sure the way we handled things last year, kinda staying consistent with that.” When the Warriors won the NBA championship last year, Curry indicated he would not attend a planned White House ceremony, prompting Trump to disinvite the team via Twitter. “Going to the White House is considered a great honor for a championship team,” the President tweeted in September. “Steph Curry is hesitating, therefore, the invitation is withdrawn. Warriors coach Steve Kerr said Trump’s behavior wasn’t surprising. “The president has made it pretty clear he’s going to try to divide us, all of us, in this country for political gain,” he said. “We all look forward to the day we can go back to just having a celebration of athletic achievement.”