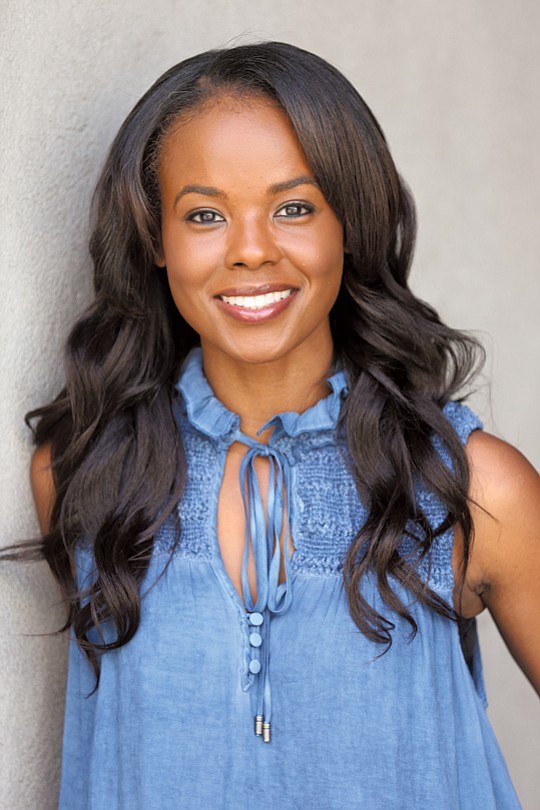 Since graduating from Loyola Marymount University with a music degree (she is an accomplished singer and violinist), Dana L. Davis has compiled a more than respectable resume as an actress in film and television, with some 43 credits on IMDb. Recently, this multi-talented lady is showcasing a different facet of her creativity in the literary realm, with her debut novel in the young adult genre.

“Tiffany Sly Lives Here Now” is a fish-out-of-water tale of a Black girl plucked from her Chicago home in the wake of her mother’s death, and relocated to the suburban confines of Simi Valley, Calif. to live with the family of her (alleged) biological father, whom she’s never met.

Such a transition would be a momentous undertaking for anyone, especially an impressionable teen, yet Tiffany brings with her the additional baggage of anxiety, obsessive-compulsive disorder, and alopecia (chronic hair loss possibly caused by stress).

On top of this, her new “Dad,” with fair skin and blue eyes, looks nothing like her, raising her suspicions that she may not be his daughter after all. His rigid commitment to his Jehovah’s Witnesses faith is at odds with Tiffany’s own atheist beliefs, and she bristles at the regimentation imposed on the household as an offshoot of this religious doctrine.

In many ways, this novel parallels Davis’ own life. While embarking on her career, she developed an anxiety disorder that inhibited her audition process, a crucial component of any performer’s ability to work.

“I was very disconnected to all the things I once loved,” she remembers.

“I couldn’t watch TV. Couldn’t listen to music and sadly… (I) couldn’t read much.”

This malady carried over to her profession, particularly when she was given scripts, the first step in being selected for casting, and employment.

“Reading a few words would trigger a panic attack,” she notes, making it hard to learn her lines.

“I started passing on auditions to avoid the embarrassment of reading in front of casting and directors.”

She withdrew from the audition and casting process to avoid the humiliation of appearing unprofessional, as if she hadn’t come to these auditions fully prepared.

Davis was motivated to write this book for several reasons. Stimulated by the dearth of African American figures in the young adult genre, she also had to contend with the challenges of raising an autistic daughter. The stress of caring for her child was directly linked to Davis’ bouts of anxiety. In the book, Tiffany’s new little sister is autistic.

Davis included this character in the hope that “…people could get a tiny glimpse into what life is like on a day to day (basis) when dealing with a child on the spectrum.”

“I felt compelled to create the world of Tiffany Sly to bring awareness to mental health, in hopes that we can start having more discussions about mental health in the African American community,” she said.

Davis is in the middle of a publicity campaign in tandem with the release of “Tiffany Sly Lives Here Now.” The book has been picked up by a local production company for development as a vehicle for television.

Her next project is another young adult tale, “The Voice in My Head,” dealing with the thorny issue of physician-assisted suicide in situations of terminal illness. Told from the perspective of twin adolescent sisters, it is slated for release next May.