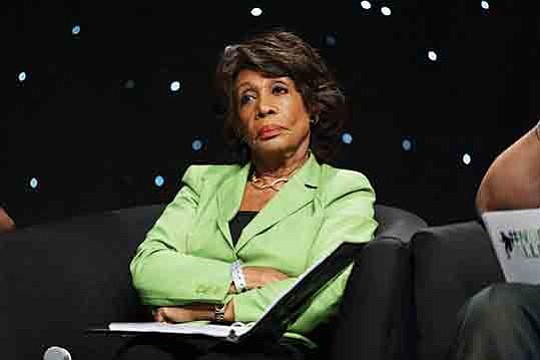 California Senator Maxine Waters has certainly been a vocal opponent of President Donald Trump and his administration and faced criticism from the POTUS, but probably didn’t expect a public figure from her own state to viciously attack her. News reports today say the San Bernardino County District Attorney has been suspended pending an investigation on his “vile” attack on the long-time Senator. His nasty comments also focused on former First Lady Michelle Obama and immigrants. Michael Selyem, the lead gang prosecutor for the county district attorney’s office, is being investigated over the offensive Facebook and Instagram comments, authorities said Monday, reports the Huffington Post. Staff complaints prompted the investigation, District Attorney Michael Ramos said, “The San Bernardino County district attorney’s office does not condone hate, discrimination or incitement of violence. Our community and the entire criminal justice system depend on having a fair, ethical and unbiased prosecutor.” Selyem’s Facebook and Instagram accounts have been deleted. But a former member of his office captured screen grabs of several posts, which were passed on to law enforcement officials and the San Bernardino Sun, which first broke the story. The post about Waters reads: “Being a loud-mouthed c#nt in the ghetto you would think someone would have shot this bitch by now.” The message appeared after Waters called on protesters last month to confront members of the Trump administration – peacefully – over the president’s harsh immigrations policies.