What we’re learning about hidden torment 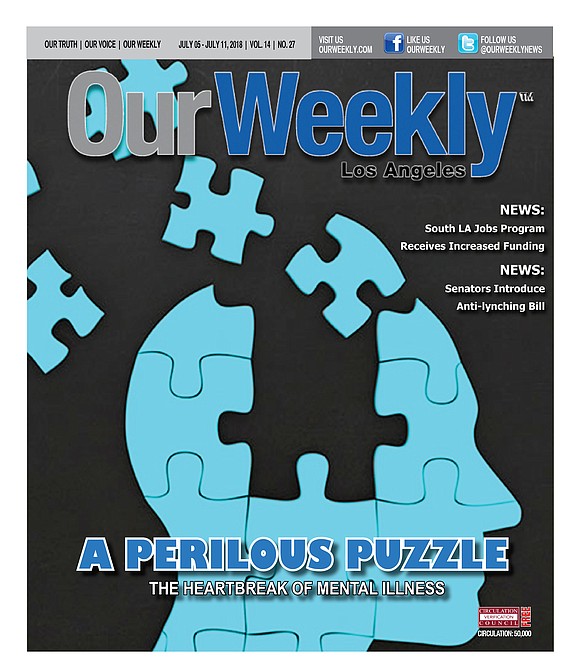 In Chicago, 1,239 people have been shot this year. That is 390 fewer than 2017 and, still, according to a recent study, Chicago is only the 13th most violent city in America. When soldiers come home from war, there are many who experience varying degrees of PSTD (Post-Traumatic Stress Disorder). Their battered brains recall grim images of fallen comrades, and they’re haunted by the sounds of deafening explosions and the harrowing crackle of gunfire.

These visions cause an equal amount of trauma to African Americans that live in communities ravished by violence and moral turpitude. Gunshots often ring like doorbells across ghettos nationwide. Precious lives are routinely cut short, prompting the screams and tears of grieving mothers and fathers. Cities like Detroit, New Orleans, and Baltimore produce as much violence over the course of a year as Iraq and Afghanistan - it’s bedlam wrapped in hopelessness, fueled by unrelenting ignorance and apathy.

The underlying factor perpetuating this mayhem has deep roots in Black culture.

Though it’s not often addressed or treated as seriously by many African Americans despite countless studies, poor mental health may be the largest and most insidious threat to Black progress. It’s what caused a group of young hooligans to mug and kill 20-year-old rapper XXXtentacion last month at a motorcycle shop in Florida. It was the force behind a recent slaying in the Bronx, where five adult males dragged 15 -year-old Lesandro Guzman-Feliz from safety and hacked his body with knives and a Machete, spilling his blood as spectators watched from their balconies.

Senseless acts of violence occur with astounding regularity in neighborhoods populated by minorities, and occasionally the perpetrators have a shiny badge that protects them from consequences. While Black on Black crime is a serious and ongoing problem, the behavior of rogue law enforcement officials also poses a threat to African Americans. The slaughter of innocent victims and the unlawful harassment of others by bad cops is said by experts to perpetuate mental instability, fear and paranoia among persons of color, particularly the youth.

Exposure to trauma is high among African Americans who live in stressful urban environments. PTSD and depression are common outcomes of trauma exposure and are understudied in African Americans.

Until recently, researchers have associated PTSD with being a victim of trauma. Now, new findings from researchers suggest that the act of killing or perpetrating violence could be even more traumatic than being a victim.

Gangs and violence go hand-in-hand. For gang members, violence is a necessary evil – it helps them to build status and respect, and to exercise control over illegal drug markets. For young people, being involved in gangs poses a double threat: Not only are they more likely to be the victims of violence and crime, they are often made to prove their loyalty to the gang by committing violence against others.

There’s a two-way relationship between trauma and being part of a gang. Trauma increases the likelihood of joining a gang, and gang membership increases the risk of being exposed to trauma. Young people who associate with offenders or have issues with substance abuse are especially vulnerable to exploitation by gangs. When a young person joins a gang, they are exposed to the same sort of violence, victimization and neglect which caused their trauma in the first place.