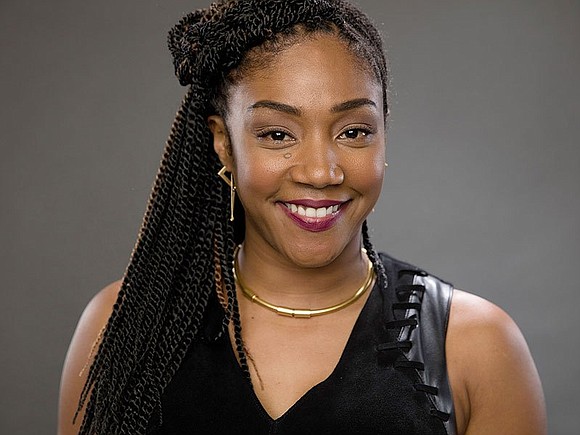 Rising star Tiffany Haddish has signed a first-look deal with HBO, reports Variety. The two-year pact with Haddish and her She Ready production company comes on the heels of a breakout year for the comic, who won a New York Film Critics Circle best supporting actress award for her performance in 2017’s “Girls Trip.” Her book, “The Last Black Unicorn,” released last month by Gallery Books, was named a New York Times best seller. She also had a recurring role on NBC’s Black-oriented comedy “The Carmichael Show.” Her new stand-up special, “Tiffany Haddish: She Ready!” premiered on Showtime last year, and Haddish recently announced 2018 dates for her new stand-up tour. The 38-year-old will next star opposite Tracy Morgan on TBS in “The Last OG,” which premieres in April. She will also star alongside Kevin Hart in Universal’s feature film “Night School,” set to premiere in September. Among her other upcoming projects are starring roles in New Line’s “The Kitchen” and Universal’s “The Temp,” with Haddish set to serve as executive producer on the latter film. The comic also has “Limited Partners” in development at Paramount, and is set to star in and serve as an executive producer on the project. She recently wrapped production on “The Oath” alongside Ike Barinholtz.