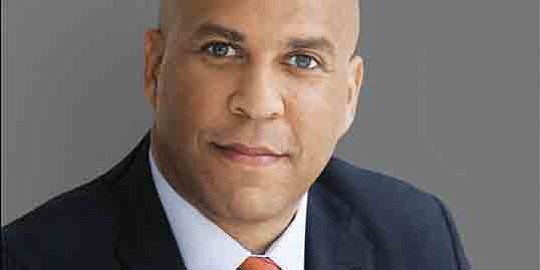 Senator Cory Booker (D-New Jersey), one of the most vocal African American politicians in the U.S., tore into Kirstjen Nielsen, the head of Homeland Security Tuesday, calling her “complicit” in President Donald Trump’s racism for saying she does not recall him making racist comments on Haiti and African countries recently during a White House meeting. At that meeting, Trump also reportedly said the U.S. needs more immigrants from places like Norway (a predominantly white country). Nielsen was testifying before the Senate Judiciary Committee when she said she couldn’t remember if Trump said those things. However, Sen. Dick Durbin (D-Illinois) and Sen. Lindsey Graham (R-South Carolina) have confirmed the President made those remarks. Nielsen claimed she may have missed such comments because people were talking over each other in the meeting. But Booker didn’t believe her and slammed into her. “I’ve got a president of the United States whose office I respect, who talks about the country’s origins of my fellow citizens in the most despicable manner. You don’t remember? You can’t remember the words of your commander in chief?” asked the New Jersey senator. “I find that unacceptable.” Booker, who along with Sen. Kamala Harris (D-California) just joined the Judiciary Committee last week, said he had “tears of rage” when he heard what Trump had said. It made him think about the time his family was denied housing for being Black, he said, reports the Huffington Post. “Why am I, frankly, seething with anger? … You’re under oath. You and others in that room suddenly cannot remember?” Booker said. “The idea that the commander in chief of this country can, with broad brushes, talk about certain nations and thus cast a shadow over the millions of Americans who are from those communities, and that you could even say in your testimony that Norwegians were preferences because they are so hard-working.” Nielsen tried to talk… “I didn’t say―,” she began befor Booker continued. “Excuse me,” the senator interrupted, his voice rising. “Let me finish.” Booker said tens of millions of Americans are worried about the racism coming out of the White House and asked Nielsen why she wasn’t doing more to stem an uptick in white supremacist violence in the country. He cited quotes by Martin Luther King Jr., Gandhi and Elie Wiesel about the dangers of staying quiet in the face of bigotry and hatred before turning back to Nielsen. “Your silence and your amnesia is complicity,” Booker told her. After a short silence, Nielsen said she abhors violence “in all its forms.”