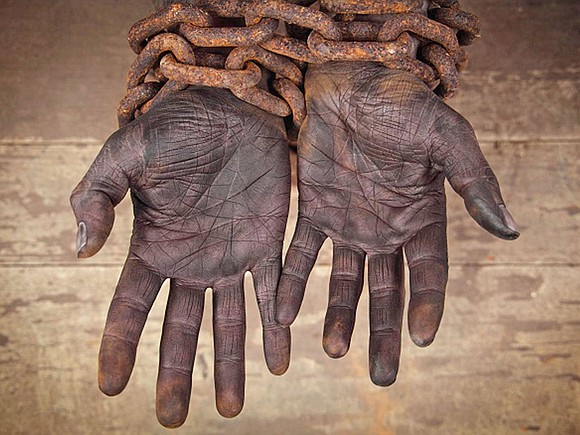 A Wisconsin private school that asked fourth graders to list three good reasons for slavery and three bad ones apologized to parents after the mother of a Black student shared the assignment on Facebook, calling it offensive, reports the Associated Press. In a letter to parents Tuesday (Jan. 9), Our Redeemer Lutheran School in Wauwatosa agreed the homework was offensive and said it “showed a lack of sensitivity.” It also thanked the student’s mother for bringing the issue to their attention. “Our Redeemer regrets deeply an unjustifiable assignment on slavery earlier this week,” Principal Jim Van Dellen said in a statement on Thursday. The statement went on to say that the church and school “work hard to promote the human dignity of all people, and this assignment did not reflect our core values or practices.” Trameka Brown-Berry, the parent who shared the assignment online, said the school explained the assignment as a way to have students think about why white people once thought it OK to own slaves. She said it’s good for students to learn about slavery but that the assignment’s question was shocking. “You wouldn’t ask someone to list three good reasons for rape or three good reasons for the Holocaust,” she said. She posted a picture of the assignment Monday evening after seeing her 9-year-old son, Jerome, struggling with his homework and “looking real confused.” She saw he’d already listed bad reasons for slavery — “making them do your chores,” splitting up families and “punishing them.” He made sure to mention he is proud to be Black. But his mother said he couldn’t think of any good reasons for slavery. She said she suggested he just write how he felt so he wrote: “I feel there is no good reason for slavery that’s why I did not write.” Brown-Berry said the school responded quickly to her concerns and agreed to her suggestions for addressing the matter, including written and verbal apologies to students and parents and cultural diversity training for staff. She said the teacher has also apologized to students. Van Dellen said in his statement to the AP that they “are working with the African-American community to guide our educational goals and create important dialogues in our church and school.”