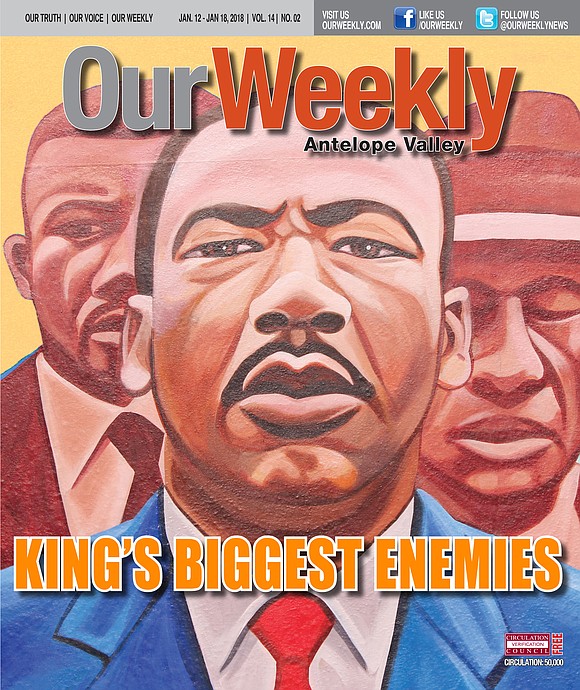 Dr. King’s activism, viewed as radical and subversive, had made him the subject of countless vendettas, resulting in an arrest record consisting of such various offenses as contempt of court, disorderly conduct, disturbing the peace, driving without a license, loitering, tax evasion, and violating probation. The F.B.I. continued the harassment on their end by forwarding damaging information on his personal proclivities to colleges and universities that conferred honorary degrees and other accolades on him. His increased visibility in the media, nationally and internationally, worked Hoover into a frenzy, and his winning the Nobel Peace Prize in 1964 proved to be the last straw, with King, under the code name “Zorro,” designated for termination with extreme prejudice.

Author Note: During the Cold War era (1947-1989) both the United States and the Soviet Union fought an on going battle without bullets or bombs being used directly against the other—a type of undeclared limited war.

Both countries used third parties to fight (usually civil wars) instead of sending naval armadas or launching missiles at each other in so-called proxy wars. These battles usually took place in third world countries.

The goal of both agencies existence was to defeat or sabotage their nemesis politically, limit that country’s influence, as well as curtail it’s power in controlling world events and global resources.

On more than one occasion, Africans and African American, were pawns in Cold War strategy. The active measures utilized ranged “from media manipulations to special actions involving various degrees of violence.” They were used both abroad and domestically.

These actions included counterfeiting official documents, disinformation, propaganda, political repression, and assassinations. Most of the time, the active measures failed because the Soviets did not know our culture nor did they fully understand our politics, according to historians.

At exactly 6:01 p.m., Dr. Martin Luther King Jr. is assassinated at the Lorraine Motel in Memphis Tenn., and according to files smuggled out of the Soviet Union in 1992 by defector Vistol Mitrokin (1922-2004), a plan to replace MLK as the leader of the American Negro (Soviet title) was implemented some 5,439 miles east of Tennessee in Moscow, eight months prior to King’s assassination.

This plan to smear, discredit, or assassinate MLK by KGB agents already working secretly in the U.S. was approved by KGB Chairman Yuri Vladimirovich Andropov.

Andropov would eventually go on to become General Secretary (leader) of the Soviet Union in 1982. He was a mystery to the CIA, according to Amy Knight a former Senior Soviet Specialist in the Federal Research Division of the U.S. Library of Congress. Consequently, when he became the leader of the Soviet Union, America did not know what to expect.