White supremacy survives when Blacks allow for it 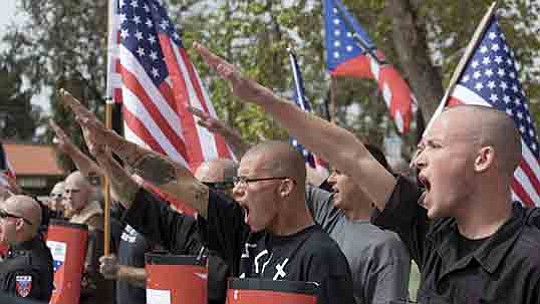 Most Black folk might get offended if it is suggested that they are enablers to White supremacists. Yet, this enabling takes place every day.

In 1966, I was a 20-year-old Marine Corps draftee-recruit at Parris Island. I also was applying to get into the Marine Corps’ aviation program similar to what was depicted in the film “An Officer and a Gentleman.”

As a part of the application process, I had to be interviewed by a Marine colonel. At one point, the White colonel, who was seated behind his desk, asked me “Who do you admire more, Jackie Robinson or Cassius Clay?” A Black master sergeant, who was standing behind the seated colonel, gave me the “Don’t be a fool” look. That look made me know what answer the White man wanted to hear, so I loudly affirmed, “Jackie Robinson, sir.”

Having lived most of my life in the segregated South, I knew danger lay in making White people feel uncomfortable, particularly a White man with power over my future.

A year later, I was a freshly minted lieutenant receiving flight training in Pensacola, Fla., and I never gave any thought to the fact that I had enabled that White colonel in maintaining his sense of racial superiority.

Don’t get me wrong, I’m grateful to that Black master sergeant for keeping me from falling into a White superiority trap. The wrong answer would have sent me to Vietnam as an infantryman.

This little drama took place almost 52 years ago, but there are times today when people of color feel the need to play the White superiority game for the sake of survival. Moving forward in the world as it exists, Black folks must develop strategies that tear down notions of White supremacy or there will no longer will be a need to tell White people what they want to hear. We must yank White people out of their comfort zones by emphatically and unapologetically making them feel uncomfortable. Many Black folks are in positions where they can do this and still survive. Former San Francisco 49ers quarterback Colin Kaepernick is doing it. And while he is paying a high price, he still survives.

White supremacy and racial microaggressions intrude into the lives of people of color every day and we must begin to push back. It is important to push back even if we cannot do it in as visible a fashion as Colin Kaepernick. Particularly, these assaults can be challenged successfully in private settings and in one-on-one interactions with our White “friends” because they often do not realize that their actions are based upon notions of White supremacy as well as implicit bias.

In this era of Trump, America is growing uglier and White supremacy is resurging. If people of color do not push back, we will lose our opportunity to ever speak freely and live freely in this country.

We can’t afford to delude ourselves into believing people of color have the freedom to speak and live freely in America. I knew I did not have those freedoms in 1966 when it was clear that I could not correct that white colonel and answer his question by saying, “His name is Muhammad Ali.”