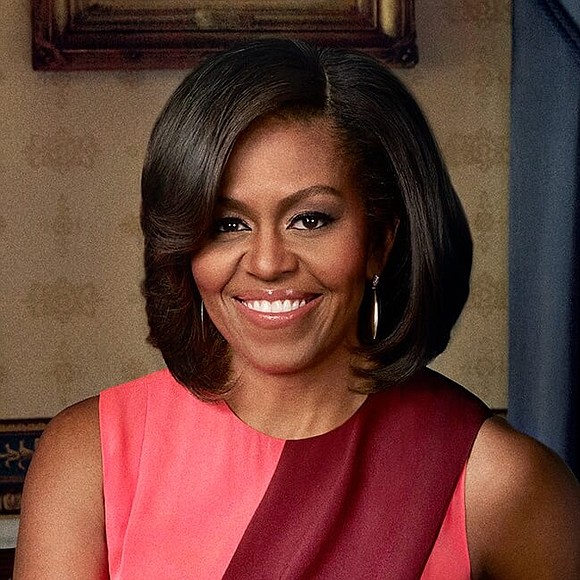 Former First Lady Michelle Obama announced Sunday that she would release her first memoir, “Becoming,” this November. “Writing ‘Becoming’ has been a deeply personal experience,” she wrote on Twitter. "I talk about my roots and how a girl from the South Side found her voice. I hope my journey inspires readers to find the courage to become whoever they aspire to be. I can't wait to share my story.” The book marks Michelle Obama’s first memoir and second book; she previously published “American Grown: The Story of the White House Kitchen Garden and Gardens Across America,” a gardening guide, in 2012, reports Rolling Stone.

Penguin Random House, the publishing company that scored the record-setting rights to both Barack and Michelle Obama’s post-presidency books, will release “Becoming” on November 13th. Michelle Obama will also embark on a book tour in support of the memoir; those dates will be announced later in the year. “In her memoir, a work of deep reflection and mesmerizing storytelling, Michelle Obama invites readers into her world, chronicling the experiences that have shaped her — from her childhood on the South Side of Chicago to her years as an executive balancing the demands of motherhood and work, to her time spent at the world’s most famous address,” Penguin Random House said in a press release. “With unerring honesty and lively wit, she describes her triumphs and her disappointments, both public and private, telling her full story as she has lived it — in her own words and on her own terms. Warm, wise and revelatory, ‘Becoming’ is the deeply personal reckoning of a woman of soul and substance who has steadily defied expectations — and whose story inspires us to do the same.”