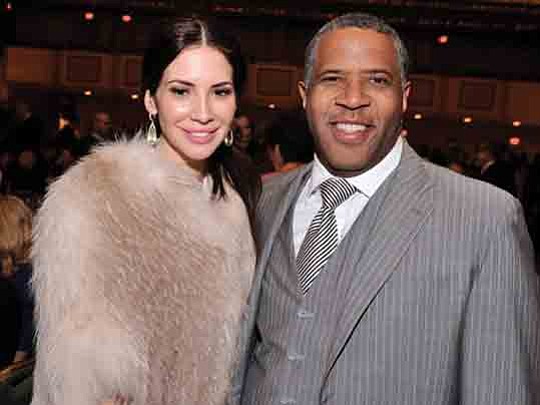 Financial and business magazine Forbes released its annual lists of billionaires and three of the top 10 Black billionaires are African American. Two are pretty well known, and that’s Michael Jordan (former NBA super star) and media mogul Oprah Winfrey. Jordan comes in at No. 8 with an estimated $1.65 billion, followed by Winfrey at No. 5 with $2.8 billion. Then there’s Robert Smith at No. 4 with an estimated $4.4 billion. Smith once worked for Goldman Sachs and then he left the financial giant to start his own firm called Vista Equity Partners. The 54-year-old, who lives in Austin, Texas, is married to former Playboy bunny Hope Dworaczyk and they have a young son. The other seven billionaires are mostly Africans, and include two women of color: Folorunsho Alakija at No. 9 with $1.49 billion from Nigeria and Isabel Dos Santos at No. 6 with $2.7 billion from Angola. Rounding out the men are Mohammed Ibrahim at No. 10 with $1.18 billion from Sudan; Patrice Motsepe with $2.6 billion at No. 7 from South Africa; Mike Adenuga at No. 3 with $5.4 billion from Nigeria; Mohammed Al-Amoudi at No. 2 with $10.8 billion from Ethiopia; and at No. 1 with $13.8 billion is Aliko Dangote, also from Nigeria.