Black voters were target of Russian operation in 2016 election 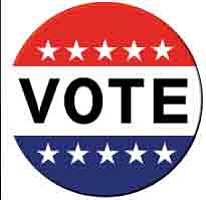 Special Counsel indictments against 13 Russian nationals revealed that a key aspect of the alleged covert assault on the 2016 presidential election was an attempt to suppress turn out of African American voters, report ABC News and other news sources. The operation is described in great detail in the papers filed in federal court Friday (Feb. 16). “Of particular concern, the indictments show how the Russians tried to suppress the votes of minorities across the United States in order to help Donald Trump win the presidency,” said Rep. Elijah Cummings (D-Maryland) in a statement. The indictment describes repeated efforts to foment distrust of Democratic candidate Hillary Clinton, with an effort to “encourage U.S. minority groups not to vote in the 2016 U.S. presidential election or to vote for a third-party U.S. presidential candidate.” Christopher Anders, deputy director of the ACLU’s Washington Legislative Office, said this alleged suppression of minority votes should be of grave concern to both American citizens and investigators. “Buried literally in the middle of the indictment is a paragraph that should jar every American committed to the long fight for voting rights,” Anders wrote in a statement. “The Russians allegedly masqueraded as African-American and American Muslim activists to urge minority voters to abstain from voting in the 2016 election or to vote for a third-party candidate… Both the special counsel and Congress should investigate whether the Trump campaign colluded with Russian agents in this alleged targeting of minority voters in 2016. Such actions, if proven, would be criminal.” According to the indictment, the alleged conspirators used an Instagram account called “Woke Blacks” to tell followers a month before the 2016 election that “we’d surely be better off without voting AT ALL.” Less than a week before Election Day, the accused Russians purchased Instagram advertisements on an account called “Blacktivist” that read in part: “Choose peace and vote for Jill Stein. Trust me, it’s not a wasted vote.” Conrad James, a Black activist in Raleigh, North Carolina, says he was approached in September 2016 by a woman who claimed to represent BlackMattersUS and asked him to speak at a rally they were hosting in Charlotte. James said more than 600 people turned up. “They definitely were trying to stir-up trouble,” James said of BlackMattersUS. “Their intent was obviously to have some type of emotionally filled rally where people are adding fuel to the fire that was already happening around Charlotte.” A pair of bloggers whose social media posts and YouTube videos were pushed out from the Internet Research Agency, the St. Petersburg troll farm named in the indictment, carried the most pointed political messages. “We, the Black people, we stand in one unity” said one post, by a pair of bloggers purporting to be from Atlanta named Williams and Kalvin. “We stand in one to say that Hillary Clinton is not our candidate.” The investigation into possible Russian influence on the 2016 election is ongoing.