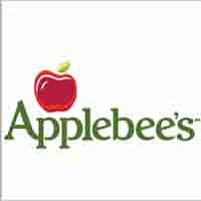 Three Applebee's employees have been fired amid allegations that they racially profiled two African-American women dining at a location in Missouri over the weekend, company officials said according to the New York Daily News. St. Louis resident Alexis Brison was having dinner with a friend at an Applebee's in Independence, Mo., on Saturday when their feast of buffalo wings and mozzarella sticks was interrupted by a police officer, a mall security guard and a restaurant manager. To Brison and her friend’s surprise, the trio accused them of “dining and dashing” at the same location the night before. “We have not been here before. We’re just trying to enjoy our dinner,” Brison can be heard saying in a video of the encounter that she posted on Facebook. “This is what Black people have to deal with,” she added, as the officer continued to ask them questions. The video quickly went viral and had been viewed more than 2 million times as of Monday evening. “This is a clear example of RACIAL PROFILING that should not be stood for,” Brison wrote in a post accompanying the video. Applebee's did not take Brison’s allegations lightly. “After an internal investigation and in line with our values, the franchisee terminated the manager, server and another employee involved in the incident,” the restaurant chain said in a statement released Monday. “We do not tolerate racism, bigotry or harassment of any nature.” The booted employees were not identified. Their former workplace was temporarily shut down after their firings so that staff could “regroup, reflect, learn and grow from this,” company officials said. “We very much regret this occurred and sincerely apologize to our guests and community,” the company said. Brison pointed out the tragic irony in the fact that this incident occurred during Black History Month. “Just because we are Black does not mean we are all criminals and I will not be treated as such,” she capped off her post.