Should we or shouldn’t we?

The debate over nonviolent protest rages on 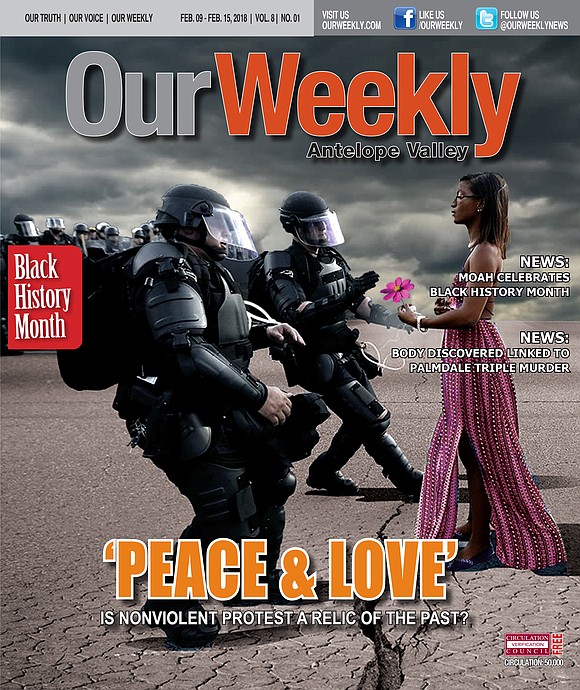 Returning to graduate school, first at Oberlin College and then Vanderbilt University (where he was expelled for his participation in the passive resistance activities of CORE (the Congress of Racial Equality), Lawson was lured further South by Martin Luther King Jr. (Vanderbilt later bestowed an honorary doctorial degree on him for his contributions to social progress and welcomed him as a professor in its School of Divinity).

There he became (along with the late Bayard Rustin) a central collaborator and theoretician (King dubbed him “the mind of the movement”) in the conversion of the former Confederacy into an integrated component of the rest of the United States.

Today, although officially “retired,” Lawson remains an active promoter for social change, through lectures and speeches, on conditions both in the U.S. and abroad, he remains committed to the mantra of passive resistance as an alternative to violence.

Reminiscing about his early days, he recalled the differences he experienced with the more impatient elements of the movement, from whom the seeds of militancy sprung. One particular individual stood out. A member of CORE who later transitioned to the Student Nonviolent Coordinating Committee (SNCC), this brilliant Trinidadian and Howard University dropout engaged in lengthy exchanges about the merits of passively working the system and more radical methodology.

Lawson pointed out the folly of mounting an armed confrontation with a well-equipped force of skilled professionals, a practical argument that resonated with the younger man. Still, he maintained an uncompromising stance as his political foundation.

“Our grandfathers had to run, run, run. My generation’s out of breath. We ain’t running no more,” Stokely Carmichael said.

Carmichael (later Kwame Ture) eventually agreed with Lawson and the pragmatics of nonviolence, but could never fully embrace the ethics and morality behind it. He later segued to the Black Panther Party, and with his move to the African nation of Guinea, committed to the ideology of Pan-Africanism (which calls for unity of all indigenous people and descendants of the African continent).

Pieces of the puzzle

For his part, Lawson sees the Civil Rights Movement as a historical event whose components have yet to be given the scholarly inquiry they deserve. For this, he proposes that it is comprised of at least 20 separate dimensions of civil rights—each a different facet unique unto itself—five of which he shared with Our Weekly.

The first is the well-known collaboration of Martin Luther King Jr. and Rosa Parks, which of course set in motion the push for inclusion into society. Closer to home is the Rev. Tom Kilgore, legendary pastor of Second Baptist Church in South Los Angeles who decades ago guided USC’s increased interaction with the minority neighborhood surrounding it in South Los Angeles. Prior to this, he helped organize the fabled 1963 march on Washington, D.C., among many achievements in a life of social service.

“Nonviolence is a slow process, but it is the true process for valid social change,” he said in a 1974 interview with the Daily Trojan, the student newspaper at USC.

Working behind the scenes were the legal professionals under the NAACP (National Association for the Advancement of Colored People). Since 1909, they have used the justice system to secure equality and circumvent ethnic and racial discrimination.

Arguably approaching the esteem of King and Parks in the national psyche is the desegregation of sports, a progression embedded in the public conscientiousness throughout the 20th century, and well into the new millennium.

Less visible, but no less important, are the machinations of elected of officials and others linked to the political process to work within the system for a more equitable standard of life. These individuals, both celebrated and obscure, forced politicians conservative and liberal, to advance progressive legislation such as the 1964 Civil Rights Act and the Voting Rights Act of 1965.