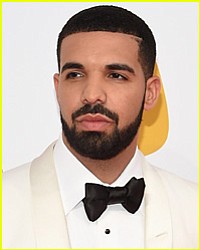 Drake was in a generous mood during his time in Miami recently. In addition to gifting a local high school with $25,000 for new uniforms, paying from everyone’s groceries at a local supermarket and gifting a University of Miami student with $50,00, he made a surprise stop at a Florida homeless shelter for women and children, bringing a $50,000 check and toys and games for the kids. A news release from Miami’s Lotus Village said Drake visited on Tuesday to support families who moved into the nonprofit’s new shelter one week ago. According to Billboard, Drake passed out $150 Target gift cards for the female residents. The singer was in town shooting a music video. He made a pit stop at a local high school on Monday, performing for students and leaving them a $25,000 check for school uniforms. The homeless shelter is trying to raise $25 million to expand its reach and become a national model for curbing homelessness among women and children. Its services include a community clinic, children’s wellness center, yoga and a Zen garden.