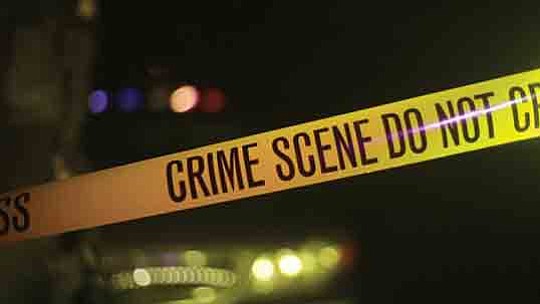 The city of Palmdale and Los Angeles County Sheriff’s Department (LASD) Palmdale have announced a 2.67 percent decrease in the number of Part I crimes reported for all of 2017 resulting in a crime rate of 210 crimes per 10,000 population for the year. The drop represents a continuous downward trend that began with a crime rate of 467.71 in 1996.

Palmdale set a goal to push the crime rate below 300 by 2009, which proved to be successful. The rate continued to move down, falling below 300, eventually resulting in last year’s rate of 216.

When compared to the overall numbers of 2016, crime fell in most categories. Violent crimes against persons (homicide, rape and assault) were down 2.34 percent, including a 50 percent reduction in homicides. Property crimes were down overall by 2.72 percent, with burglary was down 5.26 percent, robbery down 2.25 percent. Arson showed a decrease of 14.71 percent. Thefts were down overall 3.02 percent, with the exception of auto thefts, which were up 3.08 percent.

“Community policing is a teamwork effort, which involves our deputies, city staff, and community members working together to achieve a safer community,” said Palmdale Sheriff’s Station Captain Dennis Kneer. “The support from our local elected officials is truly appreciated and a reason why Palmdale is a place to call home.”

“Our City Council has long made public safety a top priority in Palmdale, and the results speak for themselves,” said Mayor Jim Ledford. “Kudos to City Manager Jim Purtee. We continue to work together with law enforcement, City staff and our residents continues to come up with ways to create a safer community. It’s not an accident that by getting involved in the community, whether it’s through Neighborhood Watch, a music in the park event, Coffee With a Cop, Sundays at Courson in the summer, and the like, we are building a stronger sense of community and with that, a safer community. There’s more to do and we will continue to move forward.”

“These statistics are awesome and our progress as a community in addressing crime over the past decade has been nothing short of amazing; but there is much left to do,” said Palmdale City Manager Jim Purtee. “The numbers tell us we are safer as a community and we work to ensure every resident feels safe, in their home, in schools and parks, and in places of business. That is the goal and standard we are setting for this community.”

“[Last year] was amazing year with the residents, our community partners, the Palmdale Sheriff’s station and our deputies, and the city staff working together to make our community a safer place to call home,” said Palmdale’s Director of Neighborhood Services Mike Miller. “To see this hard work reflected in our crime statistic numbers tells us we’re doing a great job as a team.” The City of Palmdale was recently ranked the 35th safest city (population 50,000 and up) in California in according to a recent study by SafeHome.org.

For more information about the Palmdale Neighborhood Services Department, call (661) 267-5181.