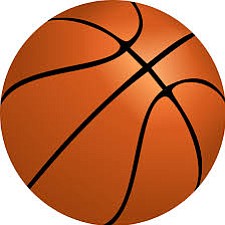 It’s disparaging to think that a whole new generation of white Americans still believe in stereotypes of Black and Asian Americans. At a Cincinnati high school basketball game last week, they were subject to taunts that were clearly racially motivated, reports WKRC. And it wasn’t until parents of the students who were targeted spoke out that the opposing team’s coach – and the referees – did something to stop the comments. Students from Elder High School made comments such as “Go back to China,” “Open your eyes,” “You smoke crack” and “You’re on welfare” to the students of color on rival Xavier High’s team. At one point, Bobby Jefferson, who is a Black student headed to Ivy League school Dartmouth, was told “you can’t read.” One parent told reporters that the jeering continued until Xavier’s coach appealed to the officials to act. The game was finally stopped during the third quarter and Elder’s coaches were instructed to address the situation. In a press release sent out days after the incident, Elder High School Principal Kurt Ruffing apologized, but only after parents had communicated to him their displeasure with what had happened. Ruffing claimed that an assembly was held at Elder to address the situation. “In addition to imposing internal disciplinary action for what transpired, Elder’s administration will take this opportunity to educate its students on the importance of accepting responsibility for one’s actions,” the statement read. “Most importantly, Elder High School sincerely apologizes for the remarks made by its student section and for the severe lack of respect displayed by its students toward the St. Xavier basketball team, its coaching staff, the opposing student section, and all the fans, family members, and alumni of both schools,” Ruffing wrote. “This type of behavior is not condoned at Elder, nor is it indicative of the lessons taught and learned in our classrooms, hallways, and on our fields of play, and it will not be tolerated.” Said one of the mothers from Xavier, “It was so egregious to be at a sporting event, in a venue, hundreds of people and to have an entire student section engage in micro-aggressions and really hate speech.”