Drunk driver who killed NFL player is an immigrant 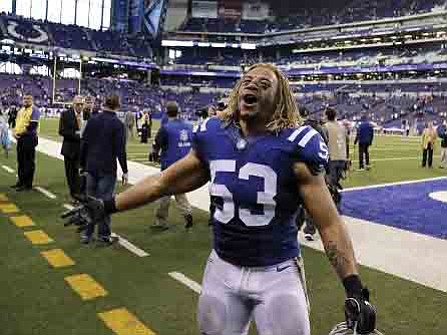 As if President Donald Trump needed any more fuel to be anti-immigrant (even though his own wife is a former immigrant), now comes the news that the drunk driver who slammed into a car with NFL player Edwin Jackson (linebacker with Indianapolis Colts) inside, killing him and his Uber driver, is an illegal immigrant. According to the Associated Press, prosecutors have charged Manuel Orrego-Savala, 37, with four felony counts related to the crash on Sunday (Feb. 4) on Interstate 70 in Indianapolis. Orrego-Savala is reportedly from Guatemala and in the U.S. without proper documentation. He’s facing charges that include causing death while driving intoxicated and leaving the scene of an accident. Orrego-Savala was deported in 2007 and 2009, and was again living illegally in the U.S. at the time of the crash, according to investigators. A federal immigration charge was filed against him Tuesday. Investigators said Jackson, 26, and his Uber driver, 54-year-old Jeffrey Monroe, were standing outside Monroe’s car when they were struck and killed by a pickup truck driven by Orrego-Savala. He was charged in Tuesday’s federal criminal complaint with illegal re-entry of a previously deported alien. He faces up to 10 years in prison on the immigration charge, which the U.S. attorney’s office said would be handled after any state charges are resolved. Trump drew added attention to the case on Twitter, calling the highway collision that killed Jackson and Monroe “disgraceful.” The president used the opportunity to prod Democrats to work with him on illegal immigration and border security.