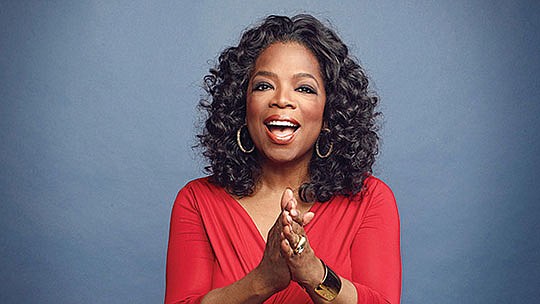 On the very top of Forbes' Wealthiest Celebrities list is George Lucas with a net worth of $5.4 billion, followed by Steven Spielberg at $3.7 billion. The queen of media – Oprah Winfrey – is next with $2.8 billion, and fourth is former NBA star Michael Jordan with $1.7 billion. Jay Z is tied for fifth with $900 million, and P. Diddy comes in eighth with $825 million. Tiger Woods is tied for ninth with $800 million. According to Rolling Stone, Jay Z's net worth has risen $90 million in the last year because of his stakes in various companies, including entertainment giant Roc Nation, streaming service Tidal and liquor companies Armand de Brignac and D’Ussé. He’s now ahead of fellow rapper Diddy, who previously held the top music spot on the list.