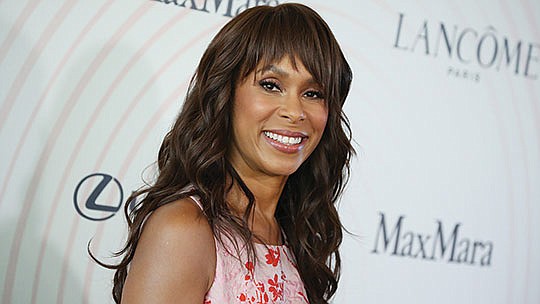 Former ABC Entertainment president Channing Dungey has joined Netflix as VP of Original Programing, reports Variety. The move makes her one of the most powerful women in TV programming. In her new role, she will report to Cindy Holland, who is VP of original content. Dungey is expected to start working at the streamer in February. “We’re delighted to be adding Channing’s expertise, leadership and deep experience to Netflix, and I look forward to partnering with her as we continue to grow and evolve our global network,” Holland said. “I have been a fan of her character and approach from our early days as executives.” Dungey will partner with Holland in setting strategic direction as well as in overseeing a large portion of Netflix’s slate, including some of the company’s overall deals with prolific producers including Shonda Rhimes, Jenji Kohan, Kenya Barris, Steven DeKnight, Marti Noxon and Barack and Michelle Obama’s Higher Ground Productions, among others. “Channing is a creative force whose taste and talent have earned her the admiration of her peers across the industry,” said Ted Sarandos, chief content officer of Netflix. “She’s a risk taker and ground-breaker and talent love working with her. I couldn’t be happier to welcome her to Netflix.” It was announced in November that Dungey would be leaving ABC after more than two years at the helm of the broadcaster, with Freeform executive Karey Burke tapped to replace her. Prior to leading ABC, Dungey was the head of the network’s drama development team. It was in that role that she shepherded several popular shows, including the hit Shondaland series “Scandal” and “How to Get Away With Murder.” Other shows she developed during that time include “Quantico,” “Agents of S.H.I.E.L.D.,” “American Crime” and “Once Upon a Time.” “I’m drawn to the forward-thinking, risk-taking and creative culture at Netflix, and the deeply talented people there, especially Ted and Cindy, with whom I’m excited to partner on setting the strategy for original content,” Dungey said. “Given that ABC, the place I’ve called home for nearly 15 years, represents the gold standard of traditional broadcast, it feels like the perfect next step for me to join Netflix, the unparalleled leader in streaming. I’m invigorated by the challenges ahead and the opportunity to forge new relationships, and excited for the very welcome reunion with incredible talent.” Dungey also canceled ABC’s revival of “Roseanne” after series star and creator Roseanne Barr tweeted that former Obama administration aide Valerie Jarrett, who is Black, looked like a cross between the “muslim brotherhood & planet of the apes [sic].” Dungey previously partnered with Pamela Post to form Dexterity Pictures, a production partnership focused on making both studio and independent films, as well as developing television series. She also served as president of Material, a film production company with a first-look deal at Warner Bros. Prior to that, she served for five years as a Warner Bros. production executive. Dungey, who graduated magna cum laude from UCLA’s School of Theater, Film and Television, has been a visiting professor at the school and serves on the school’s executive board. She is also a founding and current board member of Step Up, a national nonprofit membership organization dedicated to helping girls living in under-resourced communities to fulfill their educational potential. She is a Los Angeles member of BAFTA and serves on the Motion Picture Television Foundation Board of Governors.