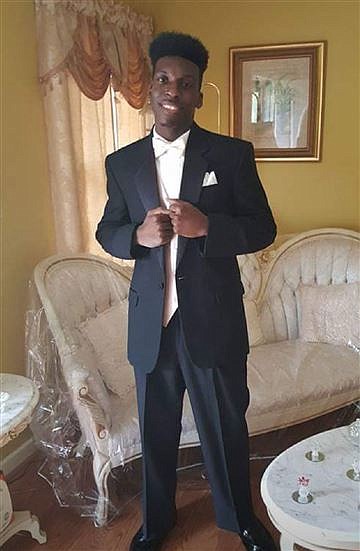 The investigation of the fatal shooting of a Black man by a police officer inside Alabama’s largest shopping mall is now in the hands of the state attorney general, he announced Thursday according to NBC News. Alabama Attorney General Steve Marshall said at a news conference that his office will oversee the case to prevent the appearance of any possible conflicts involving local officials over the fatal shooting of Emantic “EJ” Bradford Jr., whose death on Thanksgiving night has led to nearly-daily protests.

The officer, whose name has not been released by authorities, mistook Bradford for the gunman in a shooting that happened moments earlier inside the Riverchase Galleria in the Birmingham suburb of Hoover, officials have said. The officer who shot Bradford was the charging officer in about 20 cases involving local prosecutors in Jefferson County, where the man was killed, according to Marshall. Jefferson County’s newly elected district attorney, Danny Carr, has “personal relationships” with some of the protesters calling for the officer to be prosecuted, Marshall said in a letter to Carr that was released by the attorney general’s office.

Marshall said that while he did not believe any conflict existed, having the attorney general’s office assume control of the case would prevent any problems. Aside from the review of Bradford’s death, Marshall said his office would take over the attempted-murder case against the man ultimately arrested in the earlier shooting, which left another man wounded. The state also will investigate the wounding of a 12-year-old girl who was shot in the back, Marshall said. Authorities have described her as an innocent bystander. An attorney for Bradford’s family had no immediate comment on the state assuming control of the investigation. Attorneys for the man who was wounded and the suspect charged with attempted murder, Erron Brown, also did not immediately comment.