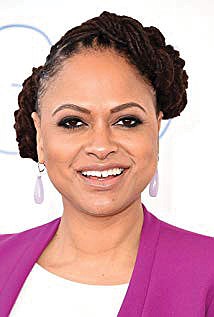 For months, Our Weekly has been pointing out how Black producers and cultural icons are being called upon to create contest with urban (or Black) characters. Yet another high profile African American has just signed a seven-figure deal to bring Black contest to the table. According to Forbes, the powerhouse behind “Queen Sugar,” “A Wrinkle in Time” and “13th,” Ava DuVernay, has signed a multi-year deal with Warner Bros. The Emmy-winning and Oscar-nominated director appears to be taking her talent to a traditional studio in the wake of content creators running to streaming platforms like Netflix and Amazon. The deal allows her to sell shows to everyone instead of being locked into to one platform, which is exactly what would happen if she had signed with Netflix or Amazon Studios. At the beginning of 2018, DuVernay became the first woman of color to lead a $100 million-plus movie with Disney’s “A Wrinkle In Time,” and this new partnership plays into her big screen ambitions with Warner Bros. Pictures in the future. “Warner Bros is a terrific partner about matters of visibility and belonging for all kinds and cultures of people, which is our mission at Forward Movement,” DuVernay said. Just how worried should Netflix be at this point? They already have a deep roster of major Black content creators on their team from the Obamas to Shonda Rhimes and even Kenya Barrish (“Blackish”), just to name a few. The video streaming leader is also spending more than $8 billion on original content this year. Amazon actually followed Netflix and made a beeline towards this demographic by inking a deal with Jordan Peele, and is on track to shell out around $4 billion plus on original programming. Streaming services, which have a much broader reach than traditional TV, have a lot to gain by betting on Black content.