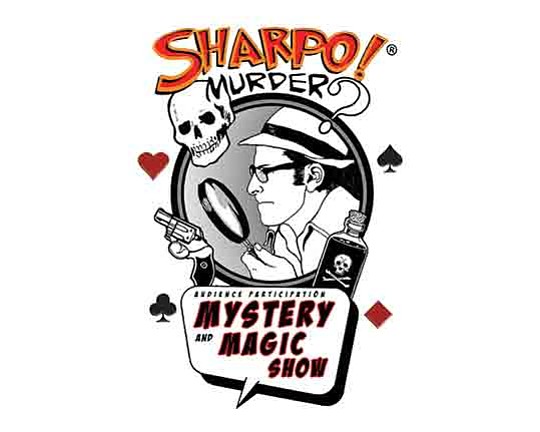 The Palmdale Playhouse, 38334 10th St. East in Palmdale, will present at 7 p.m. Sept. 8 Crime Scene Theatre, an evening of intrigue, suspense, laughter and mystery with “Sharpo!®.”

The mystery begins in earnest as soon as you enter the theatre. Follow the clues and avoid the red herrings — you might be interrogated by a detective or placed in a police line-up. This show is immersion theatre in the truest sense and the improvisational style makes it hysterical, unpredictable fun, so bring your friends and family and “frame” someone you love!

Since 1989, Eric Sharp of “Sharpo!®” has produced and performed in countless live events and stage shows across the United States. He has co-starred in primetime network television shows, feature films and is a magician member of the Academy of Magical Arts at the Magic Castle in Hollywood. This well-seasoned cast of players has polished and honed this act to perfection!

Tickets are $24 and includes non-alcoholic beverages, appetizer bites and desserts. Wine will be available to purchase. The show is appropriate for ages 16 years and older.

Tickets for all Palmdale Playhouse events may be purchased online at www.PalmdalePlayhouse.com or at the Box Office beginning two hours before each show. For more information, call (661) 267-5684.