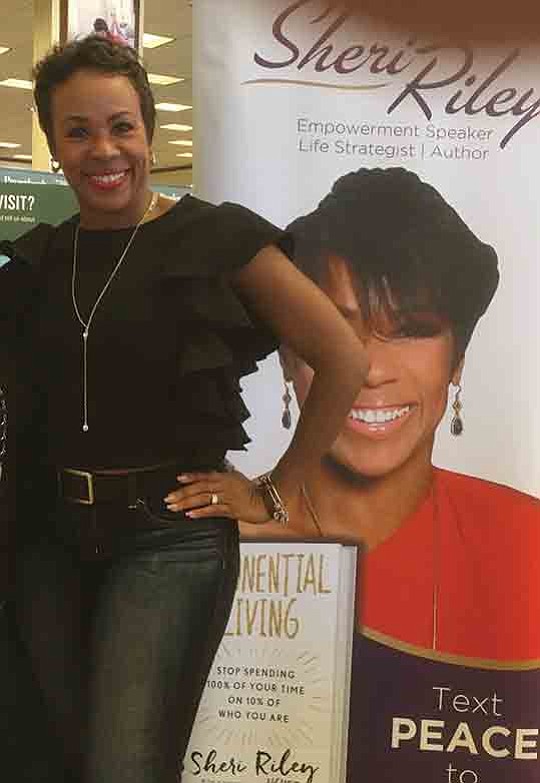 Sheri Riley has promoted projects for some of the biggest names in the entertainment business, including Usher. The singer/actor, in fact, wrote an endorsement on Riley’s back book cover for her new project, her own book called “Exponential Living,” a guide for people to learn how to spend more time on reaching their goals. Riley did a book signing at the Barnes & Noble in Henderson, just outside of Las Vegas, last Sunday. A steady stream of buyers and autograph seekers kept her busy at the busy bookstore. She was in the area to speak at the Women’s Leadership Conference. Before becoming a best-selling author and popular speaker, Riley ran her own promotional firm – GLUE Inc. – which had major clients, including CVS, BMW and sports and entertainment entities the likes of the WNBA, the Atlanta Hawks, Toni Braxton and TLC. One thing Riley learned early on in her 17-year career as a boss, time is valuable. And that’s the main gist of her book… recognizing how to prioritize what’s important over what’s urgent. She offers nine life-changing lessons on how to "stop spending 100 percent of your time on 10 percent of who you are." "Exponential Living" is available in major book stores and on Amazon.