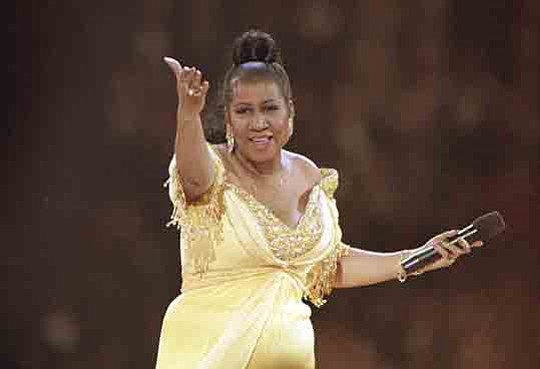 In the wake of the passing of the “Queen of Soul,” Aretha Franklin, this week U.S. Senators Kamala D. Harris (D-CA) and Orrin Hatch (R-UT), and U.S. Representatives Brenda Lawrence (D-MI) and Doug Collins (R-GA) introduced bicameral, bipartisan legislation to posthumously award Franklin the Congressional Gold Medal in recognition of her outstanding artistic and cultural contributions. In addition to Harris and Hatch, the legislation in the Senate was introduced by U.S. Senators Debbie Stabenow and Gary Peters (both D-MI).

The Aretha Franklin Congressional Gold Medal would honor Franklin’s role in shaping the nation’s culturally and socially relevant discography, and highlight how she was an example to all people in how one person’s talents can make a difference in the lives of millions of people across the globe.

“From listening to ‘Mary Don’t You Weep,’ to standing in the living room dancing to ‘Rock Steady’ over and over again, to hearing from the Queen herself how lucky I was to be young, gifted and Black – Aretha’s songs were the soundtrack of my childhood,” Harris said. “Aretha was simply a legend. Her work and impact will be felt for generations to come, and it’s long past time Congress honor her with the Congressional Gold Medal.”

“Aretha Franklin’s legacy, like her voice, will sing through the generations,” Hatch said. “Through her talent, she touched the hearts of millions, lifting all of us with songs of hope and humanity.  Aretha brought light, laughter, and love to all who would hear. I’m grateful to play a small role in honoring the life of this remarkable artist.”

“I am proud to join Senator Harris in introducing a bill to award a Congressional Gold Medal to honor an American music legend; Aretha Franklin, for her contributions to American music culture,” said Rep. Lawrence. “Aretha Franklin was soul personified and she gave us the gift of her voice, her truth and her unapologetic passion to demand compassion, love and R-E-S-P-E-C-T for women everywhere. An iconic entertainer, powerful civil rights leader, history maker and a beautiful spirit I was privileged to call friend; we honor this Detroit native, the true Queen of Soul. She will be dearly missed, never forgotten and always treasured.”

“Aretha Franklin’s unparalleled impact on the music community will echo through generations,” Rep. Collins. “Her voice captured the emotions of our country and left us better in the process.”

Aretha Franklin’s music served as a 1960s call to action that inspired thousands to join civil rights movements and still maintains a social context that resonates across these movements today. Beyond her contributions to music and arts, Franklin was a philanthropic individual who supported causes related to civil rights, human health, and gender equality, in addition to causes within the creative arts.