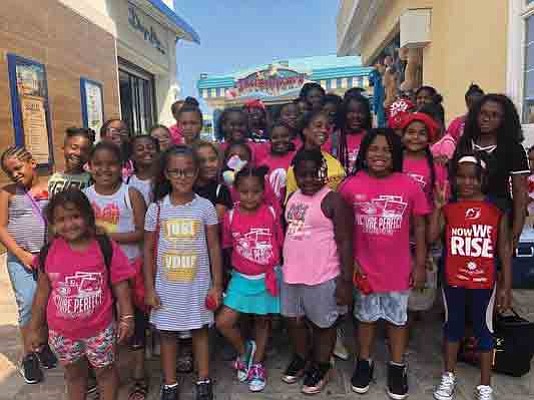 The Black experience in America continues to be one of intolerance by some misguided white people, who think they have the right, perhaps the duty, to harass people of color in public places. The latest incident earning the attention of the news media took place in Point Pleasant Beach, New Jersey, where an organized group of Black teenage girls were kicked out of the gift shop of the Jenkinson Aquarium. The employee who told the youngsters to leave has been fired, reports USA Today. In a statement, Jenkinson's media relations director, Toby Wolf, said the incident “does not reflect the core values” of the boardwalk. “In our 90-year history, Jenkinson’s has always been and will continue to be the place where people from all races, religions, ages, genders and cultures are welcome," Wolf said. "We are committed to fostering, cultivating and preserving our culture of diversity and inclusion. Jenkinson’s will also be conducting a diversity training program for its employees in the very near future to avoid this type of occurrence in the future.” Paterson, New Jersey resident Attiyya Barrett’s video of the alleged bias incident went viral shortly after she posted it on Friday (Aug. 10) afternoon. It began when a group of young girls from Princess to Queenz, Barrett's outreach camp, which provides weekly field trips, mentoring seminars and tutoring, walked into the Jenkinson's Aquarium gift shop. A woman who Barrett later identified as the store “owner” kicked the girls out of the store, demanding they come back with a chaperone. When they did, the woman allegedly told the group they were “not welcome here.” In the video Barrett posted, the woman says she didn't know their chaperone — a 32-year-old woman, Barrett said — was an adult. Barrett on Tuesday said she was “ecstatic” with news of the Jenkinson's employee's termination. Since Friday, the girls in Princess to Queenz have talked about it “almost every hour. I'm so excited to go to camp tomorrow and tell them their mission was accomplished, that this woman has learned you can't deal with children or people of color in this way,” she said. Barrett's original Facebook post was shared more than 71,000 times since Friday afternoon. Travel review sites, such as Yelp, became inundated with comments lambasting Jenkinson's for the incident. This is only the most recent in a string of viral videos over the last year that aims to out alleged racist behavior.