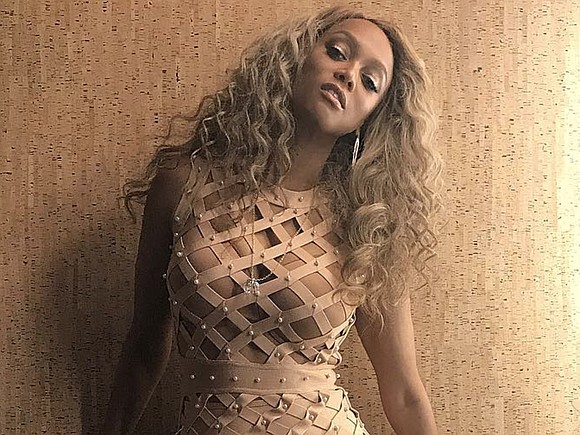 Tyra Banks has been on the beauty scene for quite some time. Two things have made her stand out: first, she doesn’t concern herself with being a “skinny Minnie,” and second, she used her brains to build a brand around her beauty. In addition to a successful television series – “America’s Next Top Mode” – she’s done a host of other things that have brought her fame and fortune. Most recently, she’s been hosting the hit talent show, “America’s Got Talent.” Now this Black beauty has signed a first-look deal with Universal Television and Universal Television Alternative Studio. Banks and her Bankable Productions banner will develop both scripted and unscripted content under the new deal, reports Variety. The deal comes around the time many other Black stars are making deals to develop content for big dealers Amazon, Netflix, Apple and HBO. She joins the ranks of Oprah, Shonda Rhimes, Spike Lee, Jordan Peele and Ava DuVernay. “Tyra is one of the most driven producers in television,” Universal TV president Pearlena Igbokwe told Variety. “She has long brought incredible passion to her unscripted projects and I can’t wait to start collaborating with her on the scripted side.” The now 40-something Banks is worth an estimated $90 million. She has a young son with former boyfriend, photographer Erik Asia.