Lackey, Wilk back plan to conduct audit of DCFS 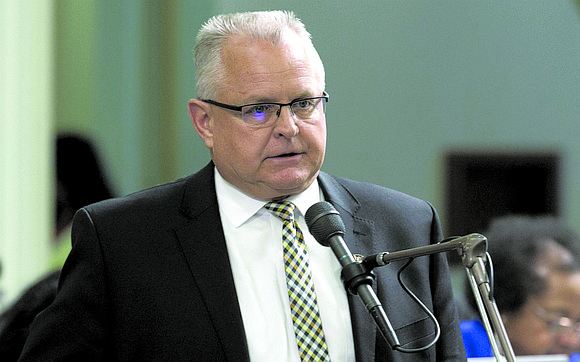 California state officials will conduct an audit of L.A. County's Department of Children and Family Services to determine, in the aftermath of the death of a 10-year-old boy allegedly tortured by his mother and her boyfriend, whether the agency is doing enough to protect children.

The legislators -- citing reporting in the Los Angeles Times – noted that the dead child, Anthony Avalos, had been the subject of 13 calls to the department and that he may have come out as gay before his death.

“Unfortunately, this is not an isolated incident,'' their letter to the audit committee said, referring to the 2013 death of 8-year-old Gabriel Fernandez, who was also tortured and abused for months by his mother and her boyfriend, allegedly because he suspected Gabriel was gay.

Lara told The Times that the deaths of Anthony and Gabriel felt personal.

“As an openly gay man who had to endure bullying, using my home as a place to shield myself from that and having a welcoming environment where I felt protected was my only reprieve,'' Lara said. “Seeing and hearing the grotesque and inhumane way these parents treated their children for being gay or being perceived as gay shocked me.''

The audit will specifically review whether the Department of Children and Family Services has adequate protections in place for LGBTQ youth, who are disproportionately represented among foster youth and who face additional trauma because of having been rejected by their families and others for their sexual orientation or gender expression.

The legislators also requested that the auditor look at whether the safety and risk assessments performed by social workers are timely and accurate, and whether their child abuse and neglect investigations are thorough “and leading to appropriate results.''

If not, they asked the state auditor to find out “what are the root causes of these deficiencies and how can these root causes be resolved so that children are better protected?''

L.A. County is conducting its own review of what went wrong in Anthony' case and any systemic issues that may have impeded coordination of services, but Lara said an independent audit is still warranted.

State officials last conducted an audit of L.A. County's child welfare department six years ago in response to widely publicized child deaths and turmoil among department management. The county stonewalled their efforts for months, refusing to turn over records related to child deaths, prompting strongly worded rebukes from the state auditor, who said her office has statutory authority to review any and all records to which the county has access.

The audit, ultimately released in 2012, described widespread deficiencies in L.A. County's oversight of abused and neglected children, including problems with the speed and quality of investigations and failure to perform required safety assessments of relatives' homes where children were placed.