Common civility is in steep decline 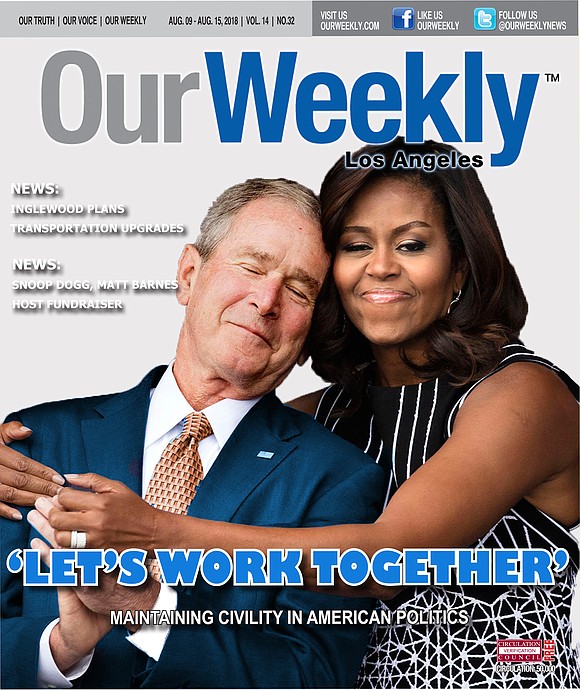 Most people will agree that civility is in steep decline in America, particularly within politics and government. We are exposed daily to increasingly rude, crass and aggressive behavior not just in political campaigns, but in the press, on the internet and in everyday life situations ranging from motoring down the highway, shopping and dining, on school campuses when other opinions may be espoused, and in simple, ordinary life whether it be barbecuing, swimming in a pool, or something as mundane as patronizing a coffee shop.

Politics, however, is the most visible aspect in an apparent downward spiral of decorum and decency. Injurious comments from members of both political parties have steadily seeped down from the once hallowed halls of government to ordinary citizens who commonly spew hateful epithets such as “get out of my country,” “go back to your country” or, to their most incredulous extent, “go back to Africa.”

KRC Research, a public opinion research consultancy based in Washington, D.C., conducted a survey last year and found that likely voters see the negative consequences of uncivil behavior. Seventy-nine percent of those surveyed said incivility in government is preventing action on important issues. Seventy-seven percent believe the United States is losing stature worldwide as a civil nation, while 76 percent said incivility makes it difficult to discuss controversial issues. This frustration has, reportedly, led to 64 percent of those surveyed to say they’ve stopped paying attention to political conversations and debates, thereby encouraging 61 percent of respondents to admit they would never consider entering public service because of the nasty, toxic atmosphere within political discourse.

The survey revealed that Americans feel incivility has dire consequences and tends to be directed at certain groups. Most see a direct link between incivility in society and violent behavior (93 percent), online bullying/cyberbullying (90 percent), discrimination and unfair treatment (88 percent), humiliation and harassment (92 percent) and wanton intimidation and threats—particularly against persons of color, non-Protestant religious denominations, and the LBGT community—at 93 percent.

There was widespread incivility, of course, within politics long before Donald Trump became president. Political buffs may point to the 1998 impeachment of President Bill Clinton when the sordid details of his affair with White House intern Monica Lewinsky actually included a public description of the president’s penis. Fans of American political history might call attention to the 1801 presidential election where everything from accusations of mulatto children scampering around Monticello to claims of Alexander Hamilton being an octoroon (one-eighth Black blood by descent) were the order of the day. That campaign was so incendiary that failed candidate Aaron Burr killed Hamilton in a duel after the latter endorsed Thomas Jefferson for the White House.

The 2016 presidential campaign played a significant role in latest round of political incivility. A Pew Research poll conducted just prior to election day found 70 percent of Americans believing that incivility has reached so-called “crisis levels.” The Trump campaign was uncivil, unruly, divisive and, since victory, has not regressed in its onslaught against political opponents, the media or ordinary citizen opposition. The public was inundated with unseemly name-calling such as “low-energy Jeb,” “lying Ted,” “little Marco” and “crooked Hillary/lock her up!” Former President Clinton in late June suggested that President Trump is at least partly to blame for a lack of civility in politics in suggesting that he has “poured poison” down “America throat” since taking office.