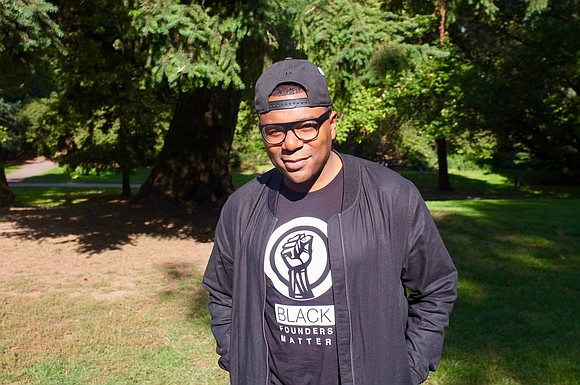 Marceau Michel and Kathryn Brown are Black entrepreneurs in the tech industry. The two met recently and discovered one other thing they have in common in addition to being business owners: lack of funding, reports TechCrunch.com. Just 1 percent of venture-capital backed firms are led by Black founders, so as an answer the two hope to get the public to become involved in an arena where traditional investors seem to lack interest. “A lot of lip service is given to diversity and inclusion but the actual practicability of it lacks,” Michel told TechCrunch.com’s Megan Rose Dickey. For Michel and Brown, Black Founders Matter wants to “bring the tenacity of Black Lives Matter” to the startup world, especially for people of color. BFM offers anyone the option to purchase its t-shirts and sweatshirts for $49.99 to $69.99 to raise funds for entrepreneurs just getting started. The idea is to raise money while also raising awareness. So far, according to TechCrunch, BFM has made about $10,00o on sales of the apparel with its logo on it. The goal is $10 million in two years. “We can shake up venture funding and shat it looks like and who gets it,” Michel said. Once the goal is met, the two hope to have a committee in place to decide how to delegate the funds. Michel’s startup is called Werk Horse, an on-demand staffing company. Michel said he hopes people will start looking at Black people as CEOs, founders, CFOs and CTOs. He’s convinced “they’re not going to shoot us” and it will shift “the misconception people have about Black people.” For more information, visit www.BlackFoundersMatter.org.