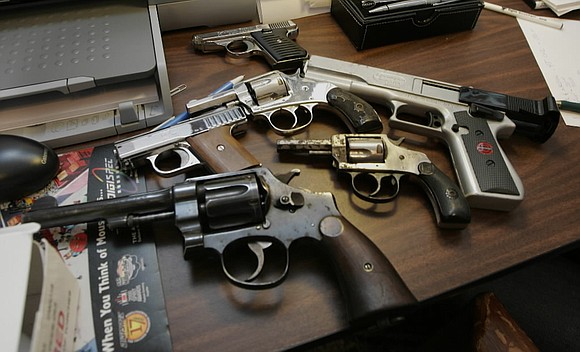 It’s happening across the country, especially since the brutal slaying of 17 students and staff at a high school in Parkland, Florida, a normally quiet middle class neighborhood in South Florida. People, and especially young people, are marching in communities across the land to let politicians know that they are sick and tired of hearing about mass shootings at churches, schools, movie theaters, etc. in otherwise quiet communities, while Washington’s elected officials ignore the for some kind of gun control. Most recently, parents in particular hit the streets in Liberty City, a Miami community that is predominantly Black, to protest a lack of action on the part of politicians to address a growing problem. Most interesting to note… almost all these mass shootings, dating back to April 1999 in Columbine (Colorado), were carried out by young white men. The Liberty City protest took place April 11, and actually succeeded in blocking some of the area’s major intersections. Channel 7 Miami reports that the protestors marched to the mayor’s office with signs and posters while chanting. Even though the protest shut down, at one point, two major intersections, the TV station reports that many drivers supported the movement. “There’s a lot of emotion, a lot of anger and they’re peacefully expressing it,” Max Moses, a driver, told Channel 7. The event’s organizer, Dwight Wells, marched alongside moms and dads who lost their children to gun violence. “As a community activist, as a community leader, I stand with the parents of lost kids,” Wells said. “We need our crime to be brought down to a tremendously low number. Quick, fast and in a hurry.” Carlos Gimenez the Miami-Dade Mayor was not present when protesters met outside the Stephen P. Clark Center, where his office is. Gimenez told Channel 7 that he was working and by the time he was finished, protesters were gone. He did email them saying he’d like to be a part of a peace march. Pastor Brian Dennis believes the Mayor needs to make an effort to know and protect the community. “We want him to take responsibility to patrol the area more, but he needs to come out and sit down with these residents,” Dennis said. The march was a result of 17-year-old honor student Kimson Green of Miami Northwestern Senior High School being shot and killed along with Rickey Dixon, 18, who was killed on April 8. “There’s a community effort. We’re going to change and stop these killings. These kids are going to be the kids who make change in this village of Miami-Dade County,” Wells declared.