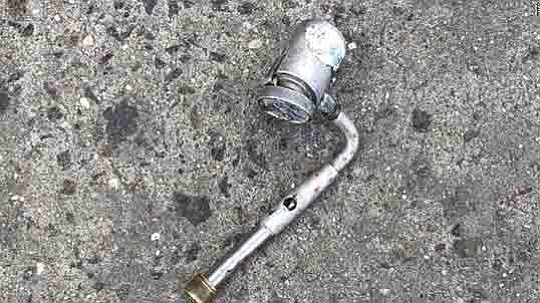 Less than two weeks after the fatal shooting of unarmed a Black father of two in Sacramento, cops in New York have allegedly shot and killed a mentally ill Black man who was also unarmed. However, the man was carrying a metal can with something attached to it, and when residents had called in to report him, some allegedly did say they thought he had a gun. This is a breaking story, and some details are sketchy, but witnesses say several cops came onto the scene, and after they told the man to drop what he had in his hand, he allegedly pointed it in the direction of officers and they opened fire on him. As details emerge, it’s become apparent that Saheed Vassell was suffering from some form of mental illness, and may have been bipolar. An independent investigation is under way, said Terence Monahan of the NYPD. Reports are that four officers, including two in uniform, fired at Vassell when the 35-year-old reportedly took a two-handed stance and pointed what they believed as a weapon at them. The police fired 10 rounds between them, reports CNN.