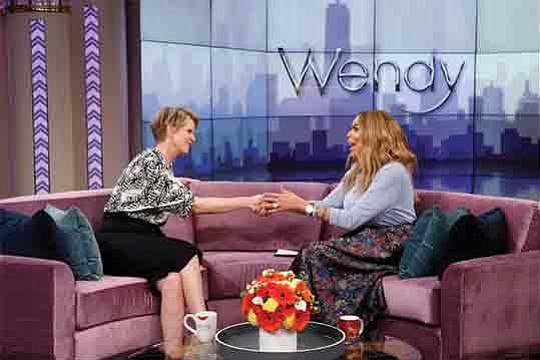 Former TV and film star Cynthia Nixon from “Sex and the City” is running for governor of New York. This week she went on Wendy Williams’ TV talk show and said a few things, including that she believes Black women voters are the backbone of the Democratic party. Williams asked her why she was taking on politics. First she said she loved New York, and it is where she was born. She also said the election of Donald Trump was a “real wake-up call” for her and a lot of women around the country. “If we don’t like the direction our government is going in, we have to step up, and we have to get involved like never alone. That’s what I’m doing.” Williams next asked her about gun control, and Nixon, who took part in the March for Our Lives,” said, “We’re at a real watershed now,” adding that New York’s gun laws are “not bad,” but could use some improvement. Williams then asked her if the shooting of Stephon Clark in California was a “Black thing?” Nixon responded with “yes,” and added “I think it is. If we’re going to say Black Lives Matter, then we have to mean it.” Williams asked Nixon, “How can Black women help you become governor?” That’s when the celebrated actress said that Black women are the “backbone of the Democratic Party,” and she pointed to the impact Black women had on the election of Doug Jones in Alabama.