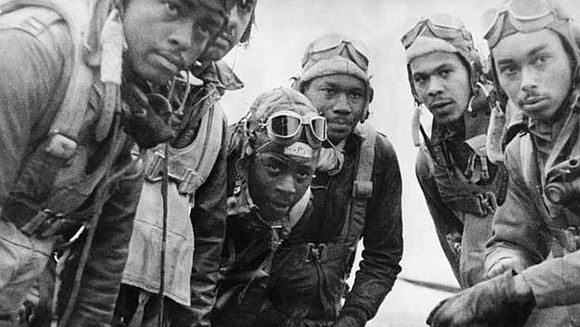 The Tuskegee Airmen Scholarship Foundation on Saturday will host its annual awards ceremony providing scholarships of up to $1,500 to high school students throughout the region, as well as honoring community leaders. The breakfast event will take place at 9 a.m. at the Proud Bird Restaurant, 11022 Aviation Blvd., in Los Angeles.

The theme this year is “Next-Gen Now” and is sponsored by Boeing, Lockheed Martin, Northrop Grumman, and Southern California Edison, with scholarships awarded to 40 students nationwide. The program will feature Jerry Hodges, a Documented Original Tuskegee Airmen (DOTA), recipient of the Congressional Gold Medal of Honor, and former president of the Tuskegee Airmen Scholarship Foundation (TASF). Robert Gilbert, chief development Officer with Los Angeles World Airports, will be the keynote speaker.

The Tuskegee Airmen Scholarship Foundation was formed in 1978 by a concerned and forward-thinking group of original Tuskegee Airmen. The Foundation was formed to provide opportunities for education and advancement to low-income students aspiring to a college education. The fund eventually reached $2.1 million, with a focus on careers in aviation, aerospace, and more recently STEM. Scholarship applicants are required to have a grade point average of 3.0 or higher on a 4.0 scale, submit three letters of recommendation from academic sources, and write two essays—one about the impact of Tuskegee Airmen, and the other about their life’s journey.