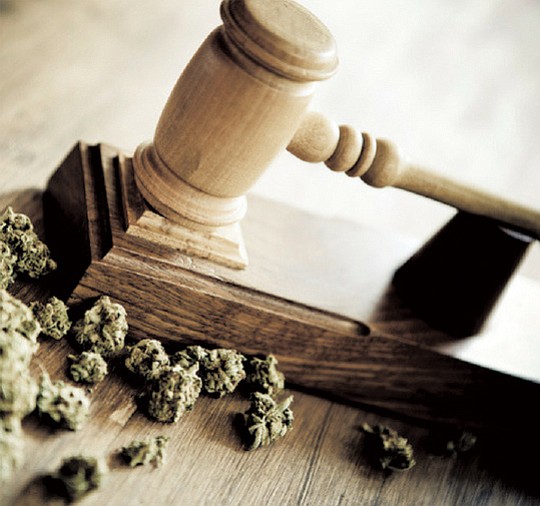 A Los Angeles City Council committee this week approved a draft of new regulations for the cannabis industry amid concerns—which Council President Herb Wesson pledged to address—that the proposed rules could drive suppliers out of business.

Dozens of representatives of the industry attended the meeting of the Rules, Elections, and Intergovernmental Relations Committee, with many saying that the guidelines as they stand could cause a delay in cultivators and manufacturers getting licensed before marijuana becomes legal for recreational sale and use on Jan. 1, 2018.

Not long after the meeting began, Wesson told the audience he was aware of the issue and was working on a way to address it, with one option possibly being a provisional license system. He also said he wanted to get the City Attorney’s Office working to vet the part of the “75 to 80 percent” of the guidelines that everyone seemed to agree on.

“I’m not going to wait and then be panicked for time when we attempt to make this deadline. So, at least if we can get (the City Attorney’s Office) moving, I’ll listen to your concerns, and we will try and come up with a way to address that, as well,’’ Wesson said.

Wesson also said concerns over a ban of on-site consumption that the guidelines call for would be addressed later as the city studies the issue.

The legalized industry could bring the city more than $100 million annually in new tax revenue, and in March city voters approved Measure M, which sets up regulatory measures for the city’s industry.

The draft regulations moved forward by the committee outline the process for retail shop owners, growers, manufacturers and other industry businesses to receive a city license to operate—which will be needed along with a state license—as well as rules for operating.

The guidelines give priority licensing to existing shops that received a business tax registration certificate after 2014 and that are operating in compliance with the limited immunity and tax provisions of Prop D.

Ellen Mellody, a spokeswoman for the Southern California Coalition, an industry trade group, estimated that as a result of the priority process and the social equity program not being finalized, it would April at the earliest that suppliers could get a license.

While the city has allowed retail medical marijuana shops to operate in the city, it has never expressly allowed cultivators or manufacturers to operate, and Mellody said this could leave them without a license come Jan. 1, which will drive many out of business as shops look to buy their products legally from suppliers outside of the city.

“The city has only acted like the legal part of this industry is the back-end retail shops. The plants don’t grow themselves. They don’t get into a truck and package themselves,” Mellody told City News Service. “It’s absurd to think, ‘Oh, the shop is legal. We don’t know how the product got here.’”

Mellody also said there are many “trusted’’ suppliers in the city with which the retail shops have longstanding relationships, and that shop owners don’t want to have to find new suppliers outside of the city.

Wesson said he was considering a way for suppliers to get a provisional license as the city processes applications.