Billy Ray Cyrus, Howie Mandel round out weekend at LPAC 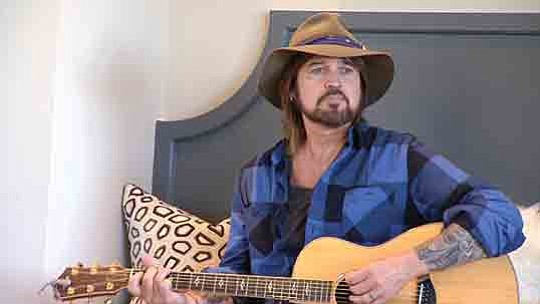 What started as a simple two-chord song with one verse and a chorus ended up as a worldwide phenomenon, topping the charts around the globe and making a superstar out of a boy from Flatwood, Kentucky. The Billy Ray Cyrus number one hit “Achy Breaky Heart”, the song that launched the 90’s line dance craze, was released 25 years ago, and is as fun today as ever. For a quarter century, Cyrus has been at the top of the country music scene, with chart topping singles “Could've Been Me", "She’s Not Cryin’ Anymore", “In the Heart of a Woman”, “Somebody New” and “Busy Man”. Come out tonight for pure country fun with Billy Ray Cyrus. The show begins at 8 p.m. Tickets range from $56-81.

Howie Mandel will grace the stage on Saturday. Mandel has been one of the most versatile entertainers in show business for more than 30 years - comedian, TV host, actor - and is currently serving as a judge in his seventh season on NBC's hit talent competition series, “America’s Got Talent.”

Previously, Mandel received an Emmy nomination for “Deal or No Deal” and a Daytime Emmy nomination for “Outstanding Game Show Host” for the syndicated version of the show. Mandel has performed countless comedy specials both on cable and network television, hosted his own syndicated talk show, The Howie Mandel Show, and continues to be a mainstay on the talk-show circuit. Mandel’s frank, quirky comedy includes a hilarious look at everyday occurrences, pop culture references and one-of-a-kind observations. Mandel is also considered one of Comedy Central’s 100 greatest stand-up comedians of all time. His show begins at 8 p.m. and tickets range from $54-79.

Tickets for both shows can be purchased at www.LPAC.com.