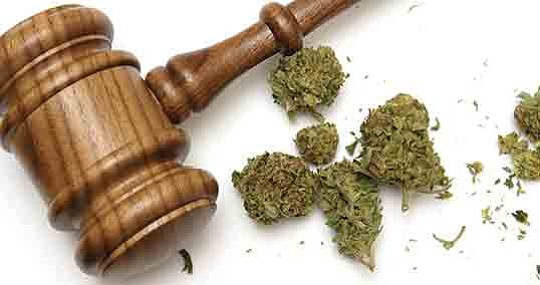 The Los Angeles City Council's Planning Commission has approved a proposed ordinance that sets zoning regulations and land-use guidelines on marijuana sales and cultivation in preparation for the drug becoming legal for recreational purposes on Jan. 1, 2018.

The ordinance, approved with a 6-0 vote, would require retail marijuana shops to be located at least 800 feet from the edge of its property line from any school, park, library, drug treatment facility or other marijuana shop, making it more restrictive than state law.

The approval came over the objections of some representatives of the marijuana industry, who spoke before the commission and argued for changes to the distance guidelines. State law will allow for a limitation of 600 feet within sensitive locations.

“We need 600 because (800) will take us out of the small business model and my job is to make sure I fight for my community,” said Donnie Anderson, chair of the California Minority Alliance.

The language in the proposed ordinance argued for the more restrictive zoning as a way to likely prohibit more than one marijuana shop from being located on the same block.

“The key considerations in determining the radius distance are the anticipated visibility between cannabis retail businesses and sensitive sites, as well as avoiding situations in which two or more businesses with on-site sales locate on the same block,” the proposed ordinance says. “These criteria are intended to discourage the development of cannabis districts in which patrons linger for long periods of time, visiting multiple cannabis businesses in succession.”

In November, California voters approved the legalization of recreational marijuana, effective Jan. 1, 2018. The legalized industry could fetch the city more than $100 million in new tax revenue, and in March city voters approved Measure M, which sets up regulatory measures for the city to collect taxes but also to limit where shops are located and how they can operate.

The proposed ordinance approved by the commission is one of three related to implementing the guidelines contained in Measure M.

The commission did recommend grandfathering in the Prop. D-compliant businesses so that they would not have to move their location if it conflicted with the new zoning regulations of the proposed ordinance.

The proposed ordinance also established which commercial and industrial zones would allow indoor cultivation and manufacturing of marijuana products.