‘The Blood of Emmett Till’ 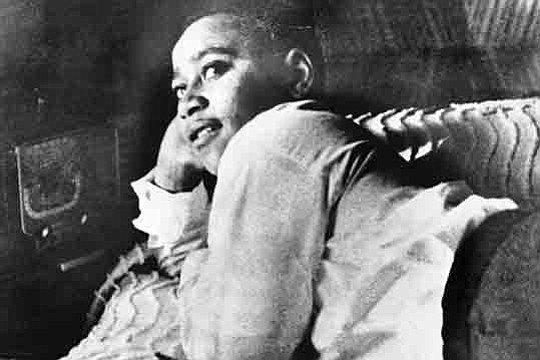 The sting of police brutality has impacted the lives of several young African American males in recent years, often resulting in unlawful killings and the harrowing aftermath of civil unrest.

These incidents include the shooting death of Michael Brown in 2014 by a White police officer, as well as the slaying of Freddie Gray, Tamir Rice and a slew of others across the nation.

Their murders have intensified a national conversation regarding the perils of racial discrimination.

More importantly, these incidents underwrite a chilling narrative of callous victimization that stretches over countless decades.

More than 60 years ago, in 1955, outrage struck the Black community when a 14-year-old boy from Chicago was abducted, mutilated, and slaughtered by a ravenous group of White vigilantes whose actions were influenced by the same spirit of venomous racism that helped elevate Donald Trump to the White House.

Emmett Till was a guest in his uncle's home in Mississippi despite the misgivings of his doting mother.

Tales of his demise continue to reverberate against the walls of history.

“The Blood of Emmett Till,” written by Timothy B. Tyson, is a best-selling book primarily because of its many revelations.

Tyson recalls the evening Till was kidnapped from his family and transported to a backwoods tool shed where he was beaten mercilessly.

In the middle chapters, Tyson weaves through the complex series of events that emerged after Till was laid to rest.

However, even retrieving Till's body from Mississippi was met with resistance by local authorities who feared that a public burial would cause strife, Tyson explains.

Till's mother, Mamie Carthan - who warned her boy of Mississippi's unforgiving racial climate - was initially turned away when she attempted to recover her son's corpse from police custody.

It took hard bargaining and a night's worth of labor to covertly transport his body from the clutches of Mississippi back to Chicago.

Tyson writes: “The Chicago Sun-Times described a 'hysterical scene' after the train bearing Till's body arrived. [Mamie] sprinted across three sets of tracks to the baggage car in which the body lay in a pine box. Sobbing wildly, she fell to her knees. 'My darling, my darling, I would have gone through a world of fire to get you!”

The incident that set off this lynching, whose details remain murky to this day, involve Till's encounter with a White woman named Carolyn Bryant, who with her husband Roy ran a grocery store where Till had gone in on Aug. 27 to buy some gum. Till allegedly flirted with the 21-year-old woman or, in his brief transaction somehow violated rigidly enforced codes of racial interaction then enforced in the Deep South.

Sixty years later, Bryant would admit that she had lied about the incident in the store.

There seems no doubt now, as was widely reported at the time, that Till released a wolf whistle. All of which was enough to compel both Roy Bryant and his half-brother J.W. Milam the following night to burst into the home of Till's uncle, the Rev. Mose Wright, to force Till away in a waiting automobile.Three days later, the body of Emmett Till “surfaced in the dark water.”

In past years, that would have been the end of the story. But, as Tyson recounts, applying diligent research, scrupulous perspective and a vigorous aptitude for weaving pertinent public and intimate details, Emmett Till's murder became a story the nation couldn't avoid.