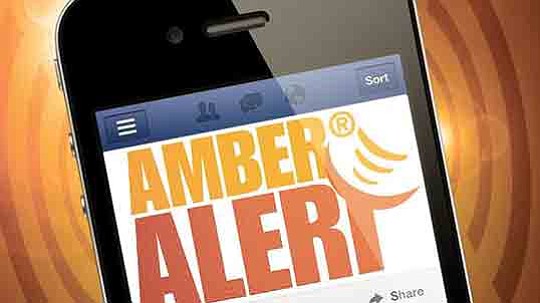 A woman who triggered an Amber Alert when she took her three boys from Albuquerque, N.M., to Lancaster was not initially placed under arrest but her children were in the custody of the Los Angeles County Department of Children and Family Services, authorities said.

Laria Walker-Anderson, 28, spoke with deputies after she turned herself in about 8:30 p.m. Sept. 10 with her three boys at Los Angeles County Fire Station 130 at 44558 North 40th Street West, said sheriff's officials.

Sheriff's officials opted not to arrest her and she left their station with family members, said Lt. D. Nagelman of the Sheriff's Lancaster Station.

The children were taken by DCFS while investigators establish which parent has custody of the boys, ages 9, 8 and 6, Nagelman said.

“There's a lot of conflicting information,” he said.

The woman and her sons walked into the fire station after family members persuaded her to surrender to authorities, sheriff's officials said.

Cellphones in Los Angeles, Orange, San Diego, Riverside and San Bernardino counties went off with alarms at about 2:30 p.m. Sept 10, some seven hours after the woman allegedly kidnapped her children in Albuquerque—roughly an 11 and-a-half-hour trip from Southern California.

Walker-Anderson was believed to have taken the boys in a silver 2009 Kia Spectra with New Mexico license plates AAYR80. The car was found abandoned about 5:10 p.m. that day on Ramona Avenue south of Foothill Boulevard in LaVerne, according to authorities there. How Walker-Anderson got from LaVerne to Lancaster without the car was not immediately determined.

Walker-Anderson threatened the boys’ father, saying she would kill the boys and herself, Albuquerque news station KOB-TV reported. The Bernalillo County Sheriff's Office said Walker-Anderson had a loaded gun in her possession.